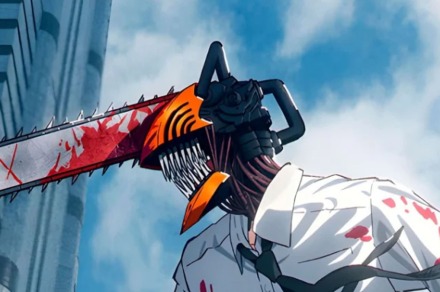 It’s long been a tradition for heroes to incorporate symbols or direct references to their powers in their superhero names. You know the ones: Spider-Man, Batman, Ant-Man, Iron Man, Aquaman, and many more. But Chainsaw Man isn’t like any of those heroes. Arguably, he isn’t even a hero at all. Nor was he bitten by a radioactive chainsaw or anything too convoluted like that. Instead, he’s an ordinary high school student who has been cursed with the heart of a demon.

As established in Tatsuki Fujimoto’s Chainsaw Man manga, the lead character is Denji and his world is quite different from our own. The supernatural is not only real, it doesn’t bother to hide its existence. Demons openly walk the Earth, some more evil than others. And to pay off his late father’s debt, Denji was blackmailed into accepting a pet devil, Pochita, and becoming a devil hunter. That decision ultimately cost Denji his life. Only by merging with Pochita was he able to survive as the grotesque Chainsaw Man. The good news is that Denji can still assume human form, even though he is now part demon himself.

The trailer also introduces Makima, a young woman who clearly has a demonic side of her own. Makima may look innocent, but we assure you that she is not. She has her own agenda for Denji and his Chainsaw Man persona. And nothing will stand in her way of seeing that through, not even Denji himself.

Chainsaw Man was directed by Ryu Nakayama from a screenplay by Hiroshi Seko. It will premiere on Crunchyroll in October.