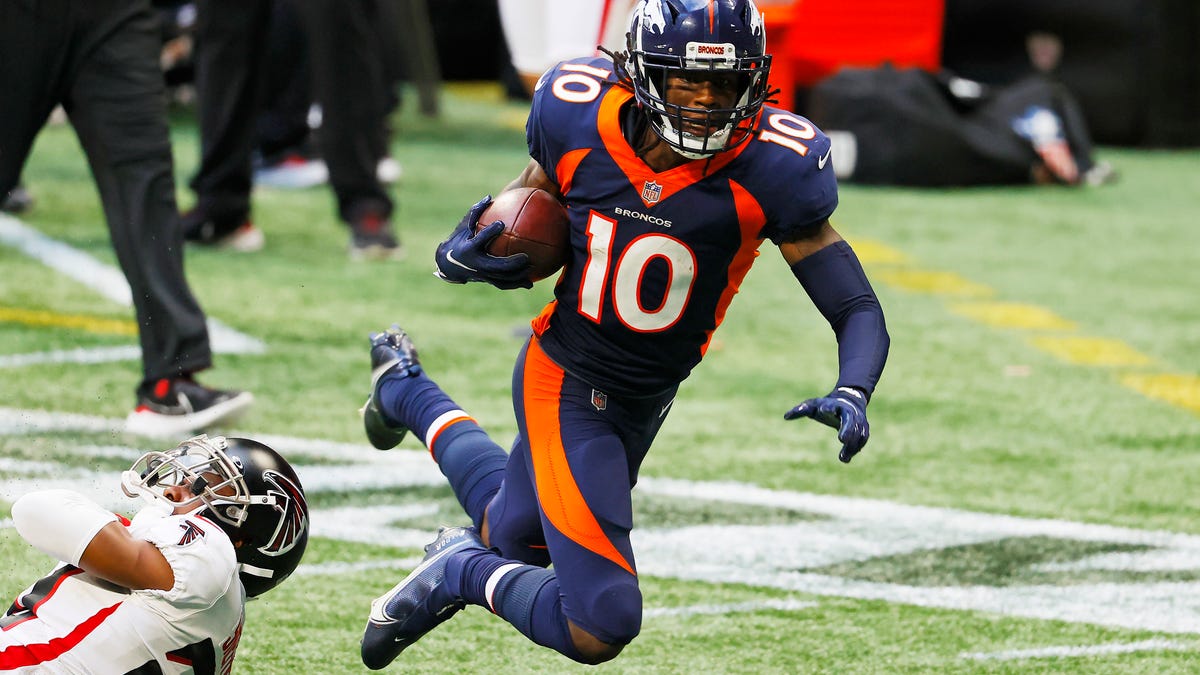 Posted By: adminon: May 31, 2022In: SportsNo Comments
Print Email

Prosecutors have dropped all charges against Jerry Jeudy following a May 12 arrest.Image: Getty Images

Ahead of a scheduled hearing in Arapahoe County, Colo., today, the prosecution dropped all charges against Denver Broncos’ wide receiver Jerry Jeudy, stemming from arrest earlier this month per an ESPN report.

Jeudy was taken into custody on May 12 and was charged with second-degree criminal tampering with a domestic violence enhancer, the country’s public information officer, Jon Bartman, told Deadspin at the time. Jeudy did spend that night in prison, but was released after a court appearance the next day.

At a court appearance on May 13, the victim, who is reportedly the mother of Jeudy’s one-month old daughter, said she did not “consider Jeudy a threat and reported there was no physical contact. She said she wanted the charges dismissed and only called police to have the situation monitored.”

Colorado law states a domestic violence enhancer is placed among the charges if the perpetrator took action to harass, alarm or coerce the victim instead of directly harming them. “After reviewing the evidence, I always believed that no crime had been committed and all charges would be dismissed,” Jeudy’s attorney, Harvey Steinberg, told ESPN.

The county’s district attorney, John Kellner, moved to drop the charges Tuesday. According to 9News in Denver, the victim reported “Jeudy locked her wallet, a car seat, and their child’s medical papers in his car and would not give her access. She told deputies she was trying to leave the home and wanted her property back, which he would not give her access to.”

Jeudy was a first-round NFL Draft selection of the Broncos in 2020 and had a solid rookie season, playing in all 16 games. The former Alabama standout had 52 catches for 856 yards and three touchdowns. Jeudy dealt with an ankle injury early in 2021 and was limited to 10 games, only hauling in 38 passes for 467 yards and no touchdowns. His best game in the NFL came in January 2021 against the Raiders, when he caught five passes for 140 yards and a touchdown.