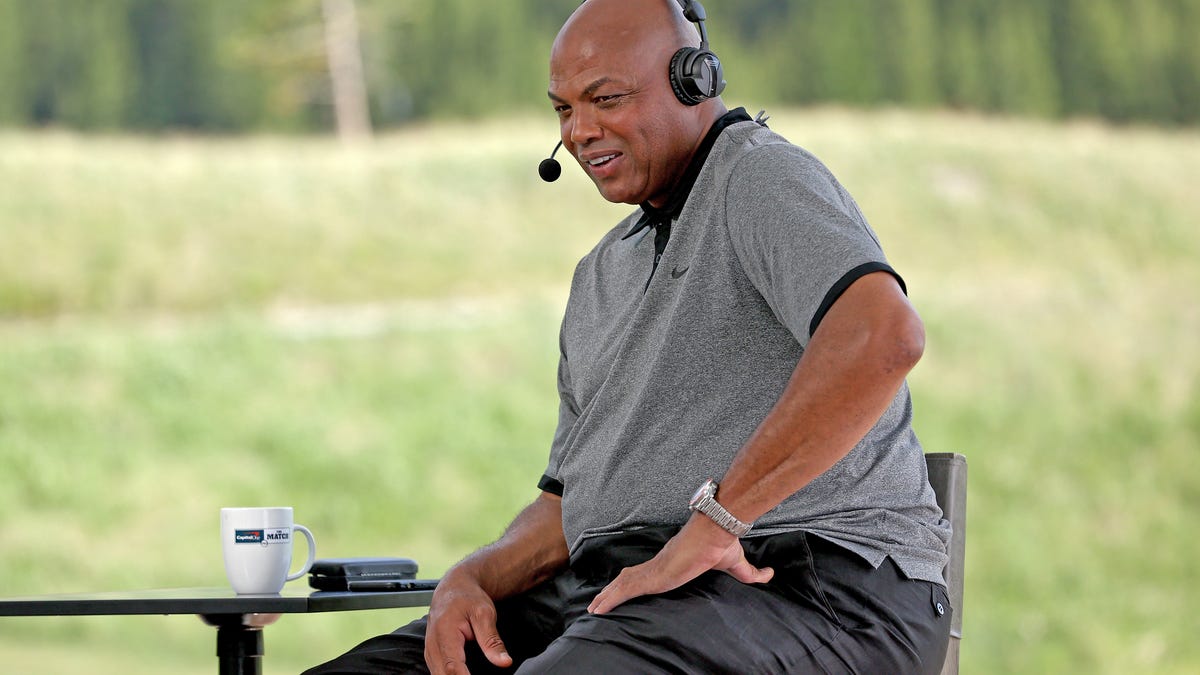 Charles Barkley’s defense of the LIV Tour is unsurprisingly dumb

Charles Barkley… will he LIV or let die?Image: Getty Images

A few months ago, amongst the very early Saudi golf league discussions and defections, Charles Barkley said that he gets it — “If somebody gave me $200 million, I’d kill a relative,” he told Pat McAfee. “Even one I like.”

He’s been jumping in to defend the golfers leaving the PGA for Greg Norman’s new league since the beginning, and now, the former NBA star and TV mouth might be jumping his own ship from TNT’s Inside the NBA to join the Saudi league as a commentator.

Per Barkley himself, nothing’s been officially signed yet, but he had dinner with Saudi golf CEO Norman this week, and plans to play in the upcoming pro-am at Bedminster next week. But he told the New York Post that his sponsors, including Dick’s Sporting Goods and Capital One, are already calling him, worried that he’s going to take the broadcasting position.

With the threat of losing sponsors and having to leave TNT and with it, Ernie Johnson, Kenny Smith, and Shaq, the Saudi Public Investment Fund will have to make this offer financially worth his while. Lucky for him, and for them, if there’s one thing that the league will do, it’s shell out ridiculous amounts of money.

Most of Barkley’s career has, of course, been about basketball, whether playing or broadcasting, but he’s an avid golfer who has been both a participant and an analyst in the annual celebrity tournament, “The Match.”

His take on the Saudi government’s history of human rights abuses and the Jamal Khashoggi killing? “If you are in pro sports, you are taking some type of money from not a great cause.”

That may well be true, but explicitly taking money from a government fund with such a history may be where some draw the line — or…