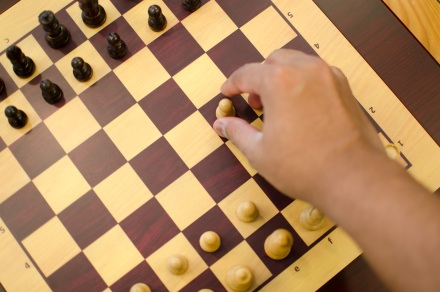 A robot chess player went outside the usual rules of the game recently when it made a move that shocked onlookers and left its seven-year-old opponent with a broken finger.

In a game at this month’s Moscow Chess Open, the robot suddenly lunged at the boy’s finger when he went to make his move.

A video (below) of the incident shows the robot’s arm apparently pinning one of the young player’s fingers to the chess board. Unable to free it, several adults rushed forward to try to assist the boy as the robotic arm seemingly refused to budge. Eventually the adults managed to free the boy’s finger, but a subsequent medical assessment revealed all was not well.

“The robot broke the child’s finger,” Sergey Lazarev, president of the Moscow Chess Federation, told the TASS news agency after the incident. Lazarev added that the robot had played at numerous other events without pulling such an egregious move, admitting, “This is, of course, bad.”

The president said the Moscow Chess Federation had rented the robot for the contest.

“Apparently, the operators overlooked some flaws,” he said. “The child made a move, and after that it is necessary to give time for the robot to respond, but the boy hurried, the robot grabbed him. We have nothing to do with the robot.”

Lazarev promised to investigate the incident to properly understand how a robot could end up breaking a child’s finger during a chess game, adding: “The robot’s operators, apparently, will have to think about strengthening protection so that such a situation does not happen again.”

The child, with his finger in a cast, played again the following day. It’s not clear what happened to the robot.

Chess-playing computers hit the headlines from time to time, but usually for their gaming prowess rather than violent outbursts. An IBM-powered computer called Deep Blue, for example, made history in 1996 when it beat chess legend Garry Kasparov, thereby becoming the first software to win a game against a world champion under tournament…