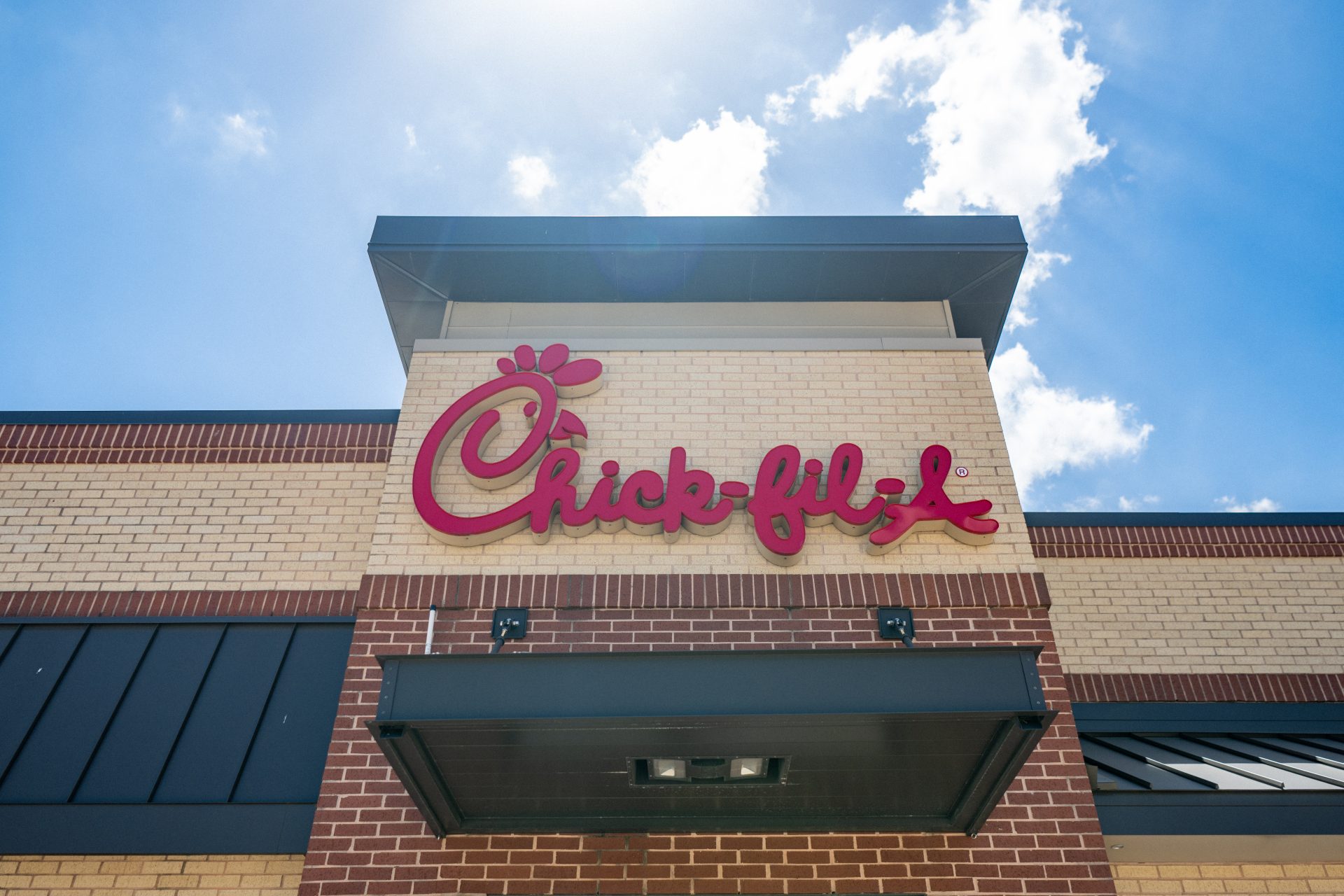 One Chick-fil-A employee in Florida took “my pleasure” to another level on Wednesday afternoon. Mykel Gordon prevented the carjacking of a woman traveling with a baby! A trending video shows Mykel tackling and restraining 43-year-old William Branch in the restaurant parking lot until police arrived and arrested him. People on social media are now praising Mykel for his bravery–including those at his workplace.

“This is the HERO! This is Mykel Gordan,” the restaurant wrote on their Facebook page. “At Chick-fil-A, our mission is to “serve” and today Mykel took it further…to “save.”

This is the second time Mykel has been hailed a hero. In 2018, Mykel stepped in to help two teenage girls after a crane fell on their vehicle, per Northwest Florida Daily News.

According to a statement from the Okaloosa County Sheriff’s Office, the attempted robbery happened in the Fort Walton Beach area. The female victim told deputies that William approached her while removing her infant nephew from his car seat. She said William came near her, “wielding a stick and demanding her keys.”

With the baby in her arms, the woman backed away from William. But, he allegedly lunged in her direction, snatching her car keys from her pants’ waistband. With the keys in hand, William climbed inside the woman’s car.

“When the victim began screaming for help [Mykel Gordan] ran to intervene,” the statement said. “Branch punched the young man in the face but the second victim was not seriously injured.”

The video shows both men rolling around the parking lot fighting for control of the situation. But, eventually, Mykel overpowers William–holding him against the ground in a chokehold. Then, Mykel stands up, keeping a hand on the backside of the collar on William’s shirt. By this point, several Chick-fil-A employees had joined the chaotic scene.

After a few seconds, a nearby witness walks into the camera frame. While holding an infant girl, she chastised William a few feet from where…