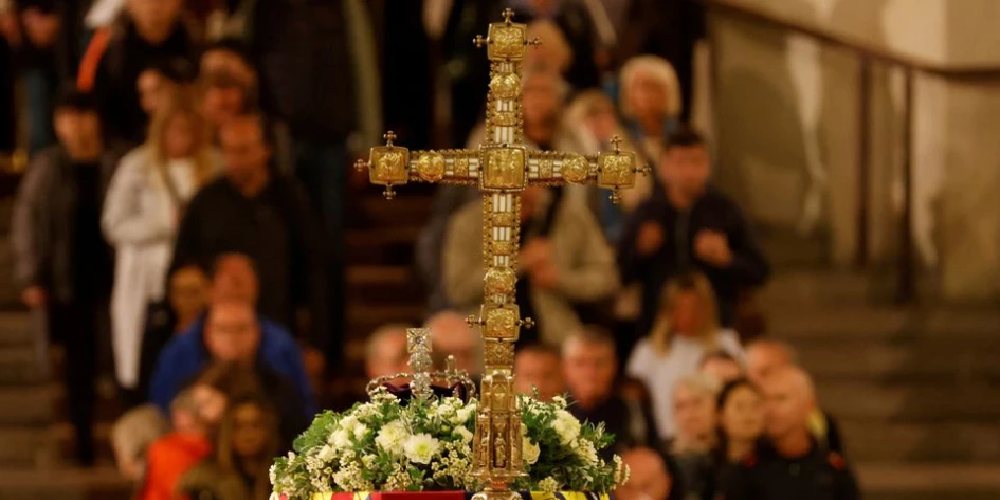 The Chinese delegation visiting London to attend Queen Elizabeth’s funeral on Monday will not be allowed to view her coffin at the lying-in-state vigil inside parliament, the BBC reported on Friday.

Some parliamentarians had raised concerns about inviting representatives from China after several British lawmakers were sanctioned by Beijing for criticising alleged human rights abuses in Xinjiang. China denies any such abuses.

The BBC said, without citing sources, that it understood the Chinese government delegation had been banned from attending the lying-in-state after the speaker of the lower house of parliament had refused access to Westminster Hall on the parliamentary estate due to the Chinese sanctions.

The speaker’s office declined to comment. The House of Commons said it did not comment on security matters.

A spokesman for Prime Minister Liz Truss has said it is for Buckingham Palace to set out the guest list after taking advice from the foreign office, which, according to the convention, invites representatives from nations with which Britain has diplomatic relations.

Chinese foreign ministry spokesperson Mao Ning told a briefing in Beijing that she had not yet seen the report.

“As the host, the United Kingdom should uphold diplomatic protocols and proper manners to guests.”

A host of world leaders, royalty and other dignitaries will attend the funeral. Chinese Vice President Wang Qishan is expected to represent China, a British foreign office source said on Thursday.

Other visiting dignitaries will be given a timed slot to attend the lying-in-state over the weekend.

Last year, the Chinese ambassador to Britain was banned from attending an event in the British parliament because of the sanctions on the lawmakers.