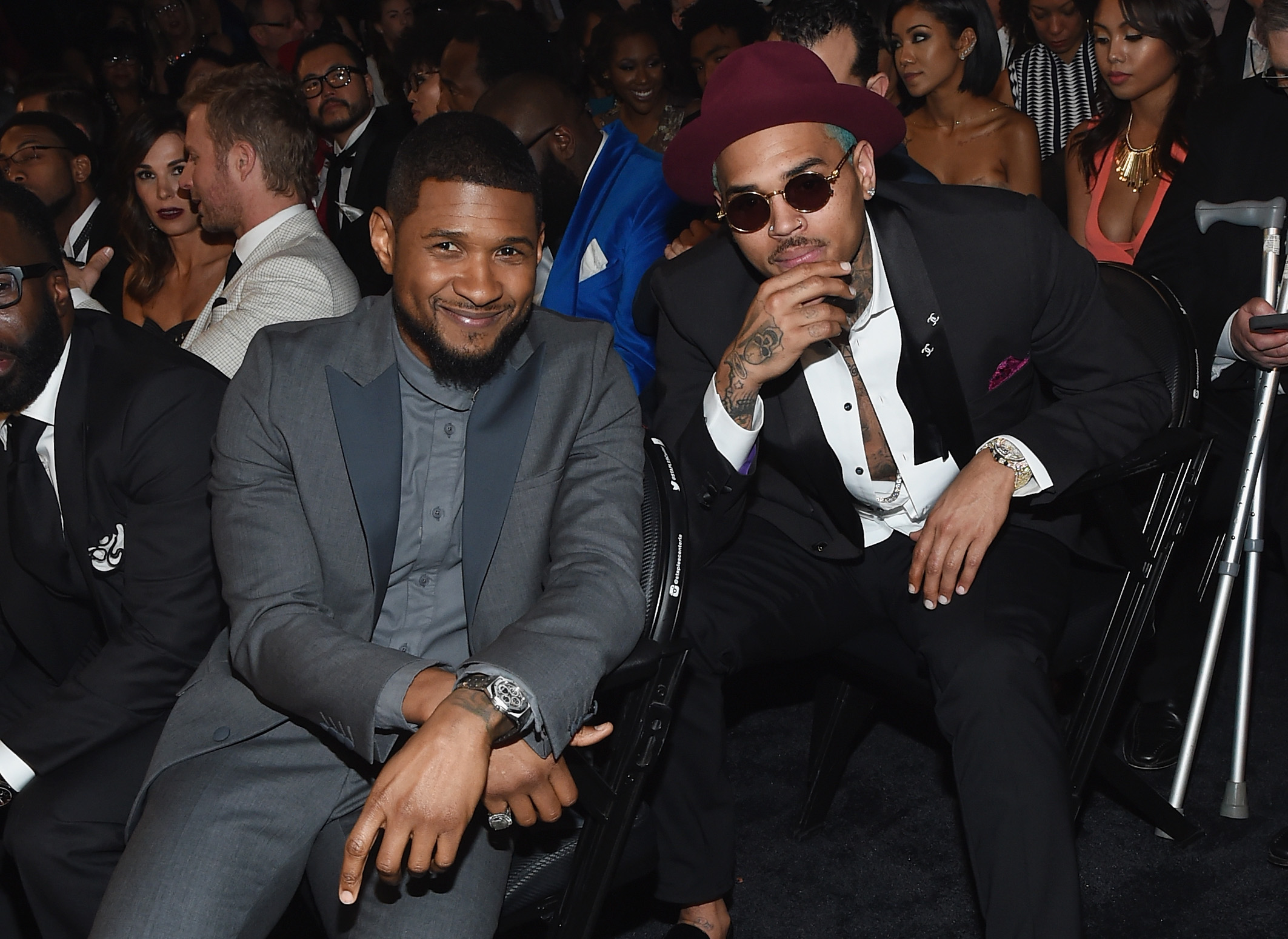 It’s been only a few days since Mario and Omarion “Verzuz” (with the pre-show done by Ray J, Bobby Valentino, Sammie, and Pleasure P), brought in over 5 million views over seven platforms. Still, people are talking about how R&B took over the night and unearthing a conversation about the battle competition that seemed to be far gone: When are Chris Brown and Usher going head to head?

Fans have been asking for Brown to battle against his musical big-brother Usher in a “Verzuz” contest since the early days of the Instagram phenomenon. However, in the past, the chart-topper has been hesitant to take on the challenge.

However, in a recently dropped interview with N.O.R.E. and DJ EFN, the “Fine China ” singer revealed he is actually open to participating in a “Verzuz” with Usher if all of the ducks were lined up in a perfect row.

While promoting his newly released album, “Breezy,” he stopped by the hit show to give fans a peek into his perfectly bleached head.

N.O.R.E. brought out the subject saying, “That’s been like a debate, ‘Who Chris Brown could battle on Verzuz?’”

“I know what the consensus is,” the Grammy Award winner said. “I’m a fan of they music too. So, when I hear some of they music … I am like ‘ooo.’”

Peeping that the artist was speaking in code, the host asked, “When you say ‘they,’ who you talking about?”

“It only makes sense, but it gotta make more sense. Like, I wanna celebrate him and his life, just as much as celebrating my stuff,” the crooner explained.

Still understanding it is a competition, he said, “I can’t act like he ain’t a pioneer. I think it would be something good for the fans, but it would have to just make sense for both of us … you know ……