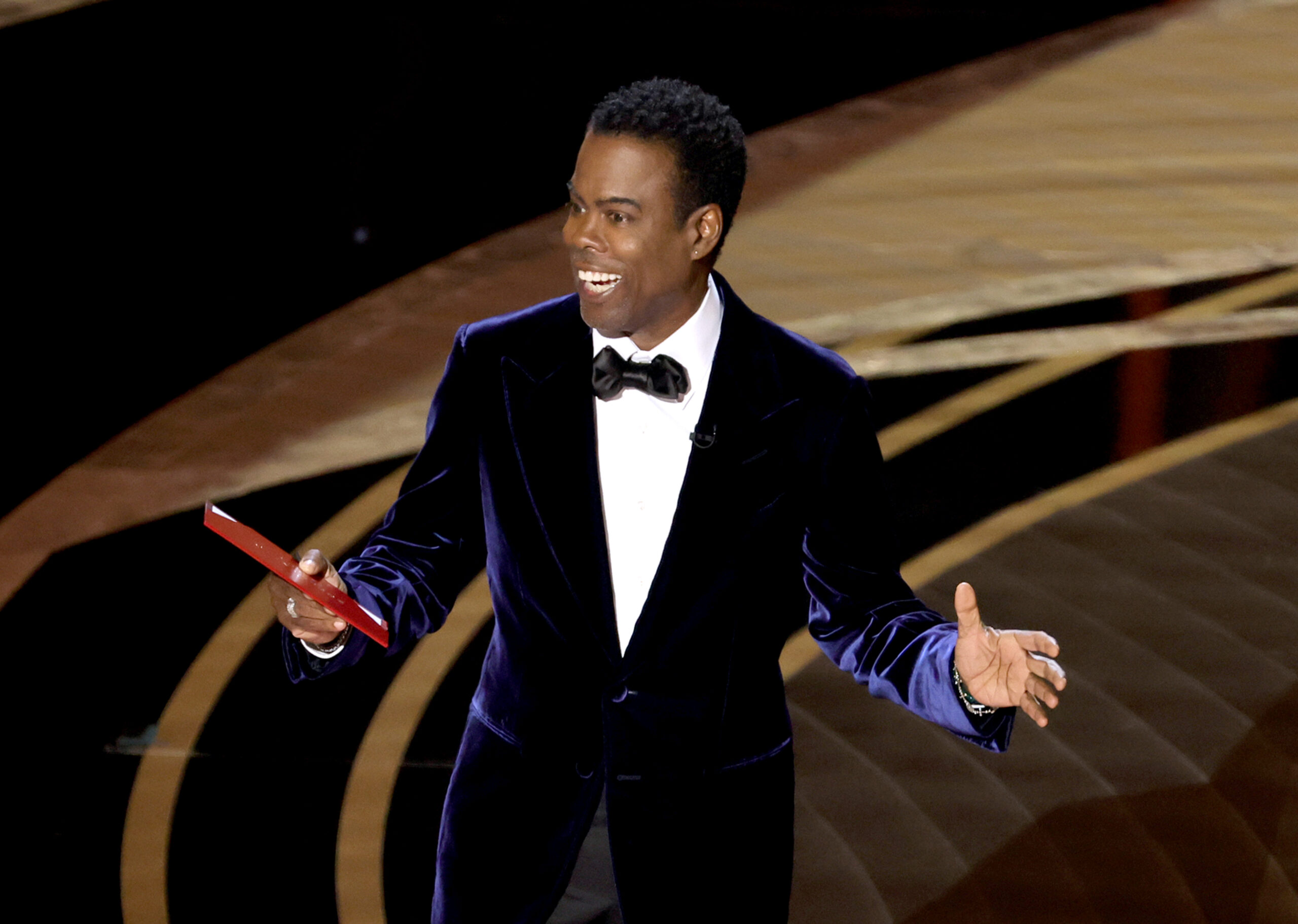 Hollywood, and social media users, were divided after Will Smith smacked Chris Rock while the comedian was on stage presenting an award at the 94th annual Academy Awards, with many rallying behind the presumed victim, Rock. However, in his most direct response yet to the March 2022 incident, the “In Living Color” star recently reportedly told the audience “I’m not a victim.”

The longtime funnyman, who is currently touring across the country alongside pal Kevin Hart, addressed the now infamous “slap heard around the world” at several comedy shows in the New York-New Jersey area and most recently at the PNC Bank Arts Center in Holmdel, New Jersey, last weekend.

“Anyone who says words hurt has never been punched in the face,” Rock allegedly said during the phone and smart device-less event, per an unidentified source who spoke to US Magazine after the show. The eyewitness claimed Rock referred to the Academy Awards winner as “Suge Smith,” seemingly a reference to the currently incarcerated former Death Row Records CEO Suge Knight.

Later, during a sketch about people being overly sensitive and playing the victim, the “Spiral” star declared, “I’m not a victim.” He added, “Yeah, that sh-t hurt, motherf-cker. But I shook that sh-t off and went to work the next day. I don’t go to the hospital for a paper cut.”

Many critics on social media appeared to share similar sentiments of wanting to move on from the incident that took place five months ago, including one Twitter user who replied to a post about Rock’s comments, writing, “Exactly, who gives a F if someone slaps you, get over it and move on.” They added, “@chrisrock took it like a boss. Well done Chris.”

Exactly, who gives a F if someone slaps you, get over it and move on. @chrisrock took it like a boss. Well done Chris.