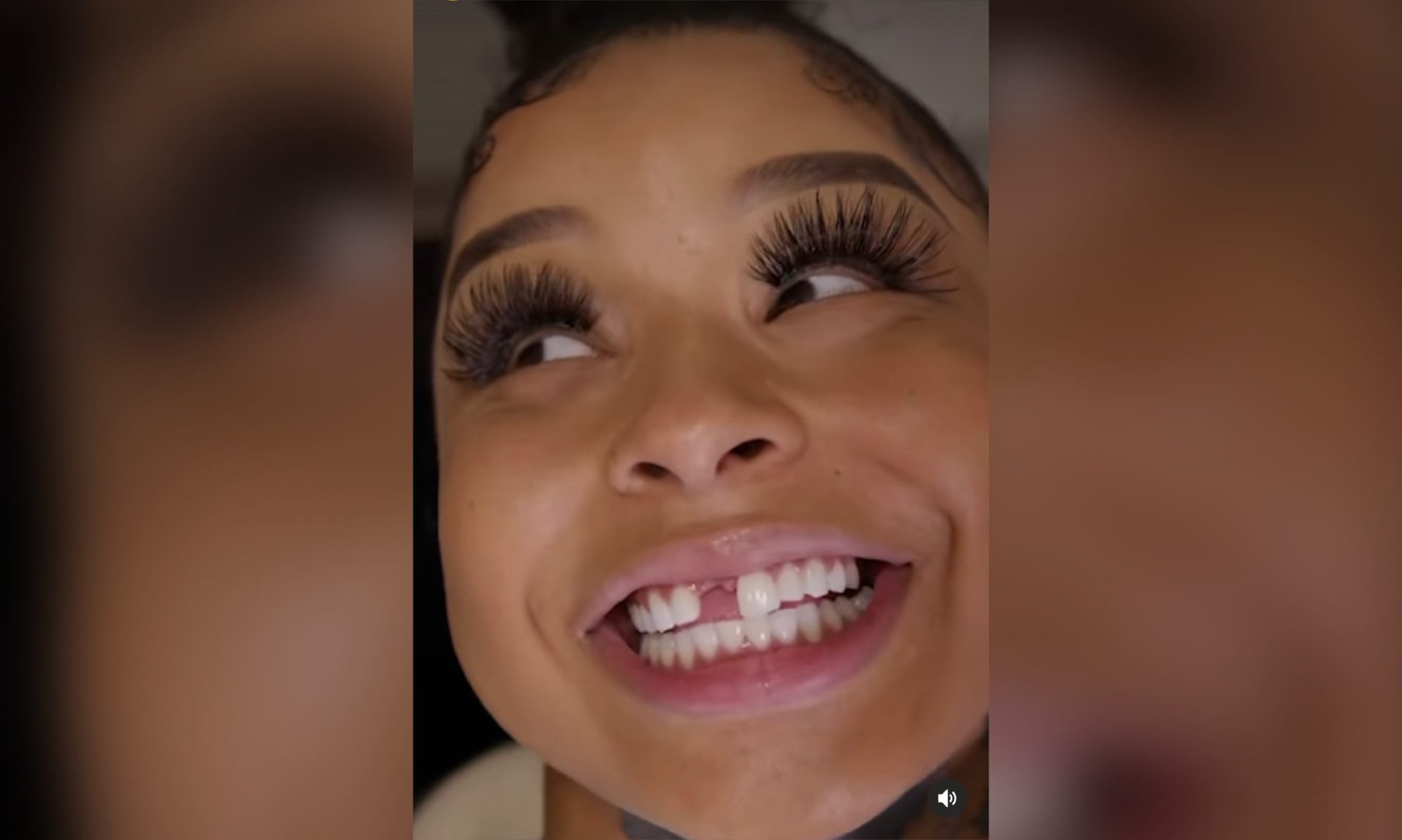 Chrisean Rock is sporting a new smile after getting some dental work done! The rising artist revealed plans last week to replace her famed missing tooth. In a video clip featuring a woman named Sky, Chrisean appeared to be inside a dental office. The two joked about loving teeth. On Thursday, the self-proclaimed “missing tooth bandit” put that name to rest–for now.

As previously reported, Chrisean lost her front tooth during a fight on the reality show Blue Girls Club. The show is the brainchild of Chrisean’s apparent boyfriend, Blueface. Her missing tooth became a signature look she maintained for over two years. Despite taunts by social media users to fix the tooth, Chrisean told The Shade Room in 2020 that only procrastination has stopped her from the procedure. She said Blueface had covered the costs of repairing her smile at the time.

Chrisean Asks Dentist For A Gap In Her Smile; He Begs Her To Heal First

It’s unclear if Blueface came out of pocket in 2022 for the smile, but he was in the room when Chrisean showed it off for social media. The artist went live on Instagram while discussing the results with the dental professional behind the new smile.

She checked out her gums and new tooth on the streaming camera and in a mirror. In the background, Dr. Trevor Thomas says, “let go and let God.” But Chrisean insisted on sharing her new smile desire, saying, “I think I want a gap, though.”

“We can make a gap. When you’re done healing, I can make you a gap, I can do whatever the hell you want to, but just let it heal,” Dr. Thomas told Chrisean.

Blueface, while off-camera, must’ve given Chrisean an opposing facial expression. She pressed him out, saying, “babe, why are you doing that?” He mumbled something back, and the professional laughed. Chrisean explained herself by saying, “cause I had a gap babe, this tooth bigger than the other one, whatchu mean.”

Chrisean added, “why you being like that,” sounding slightly offended. Then, in a high-pitched voice, seemingly bewildered, Blueface asked…