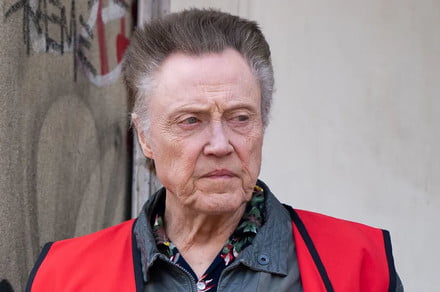 Christopher Walken will play the Emperor in Dune: Part Two

Posted By: adminon: May 12, 2022In: TechnologyNo Comments
Print Email

Because director Denis Villeneuve decided to split Frank Herbert’s Dune into two movies, audiences have yet to meet Shaddam IV, Padishah Emperor of the Known Universe, and the man who betrayed House Atreides to their greatest enemies, House Harkonnen. In David Lynch’s 1984 adaptation of Dune, the Emperor was portrayed by José Ferrer. Now, Deadline is reporting that veteran actor Christopher Walken will play Emperor Shaddam IV in Dune: Part Two.

Walken’s career in Hollywood spans more than five decades and includes roles in Annie Hall, The Deer Hunter, The Dead Zone, A View To a Kill, True Romance, Pulp Fiction, and many more. Walken has also recently starred in two streaming shows: The Outlaws and Severance.

Florence Pugh was recently linked to the role of Shaddam IV’s daughter, Princess Irulan. However, that final casting has not yet been confirmed. The other major addition for the sequel is Austin Butler as the malevolent Feyd-Rautha Harkonnen.

Timothée Chalamet will reprise his role as Paul Atreides, the last heir of House Atreides. He will be joined by Rebecca Ferguson as Lady Jessica, Zendaya as Chani, Josh Brolin as Gurney Halleck, Javier Bardem as Stilgar, Stellan Skarsgård as Baron Vladimir Harkonnen, and Dave Bautista as Beast Rabban Harkonnen.

Dune: Part One was able to amass $400 million worldwide despite a simultaneous release on HBO Max. That’s why Warner Bros. and Legendary Entertainment were so quick to green light the sequel. Villeneuve is currently writing the script and the sequel is expected to begin filming this fall.