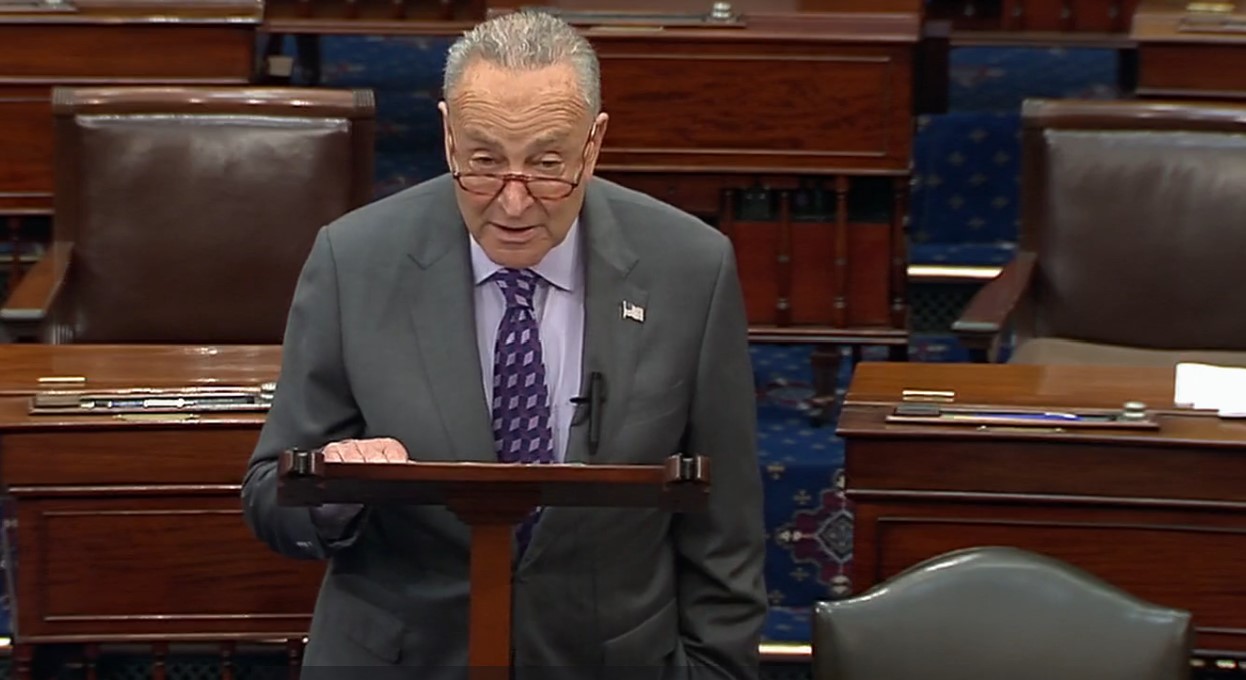 Schumer said on the Senate floor:

As many have openly said, they have now turned their attention now on the Obergefell decision and marriage equality.

A few days ago, the Junior Senator from Texas said that the Supreme Court’s decision protecting marriage equality was “clearly wrong” and argued that partisan state legislatures should determine who can or cannot get married. Other MAGA Republicans have echoed the same thing.

We need to pause and think about how unhinged, unhinged this idea truly is.

Fresh off repealing the rights of every single woman in this country, MAGA Republicans now want to reopen the doors for discrimination and hatred targeted against same-sex couples. Even one of the Justices on the Supreme Court indicated in his opinion that gay marriage should be reconsidered by the courts.

This is the future that MAGA Republicans clamor for: where women and same-sex couples are branded as second-class citizens. If they succeed, they will take our country down a dark path from which there may be no return, although we will fight it tooth and nail. Every single American should stand in opposition against these MAGA Republican views.

Republicans are unhinged. The GOP has the extremist Supreme Court majority that they have always dreamed of, and now they feel emboldened to pursue a radical far-right agenda that is vastly out of step with the rest of the country.

Cruz is lining himself for a 2024 run at the Republican presidential nomination, so he is positioning himself as a general in the conservative culture war. Sen. Cruz is only going to get more radical in the months to come.

Ted Cruz is unhinged, and the Republican Party is unhinged. If voters fall for their facade about inflation, they are going to find themselves stuck with a litany of horrifying policies that they fundamentally disagree with.