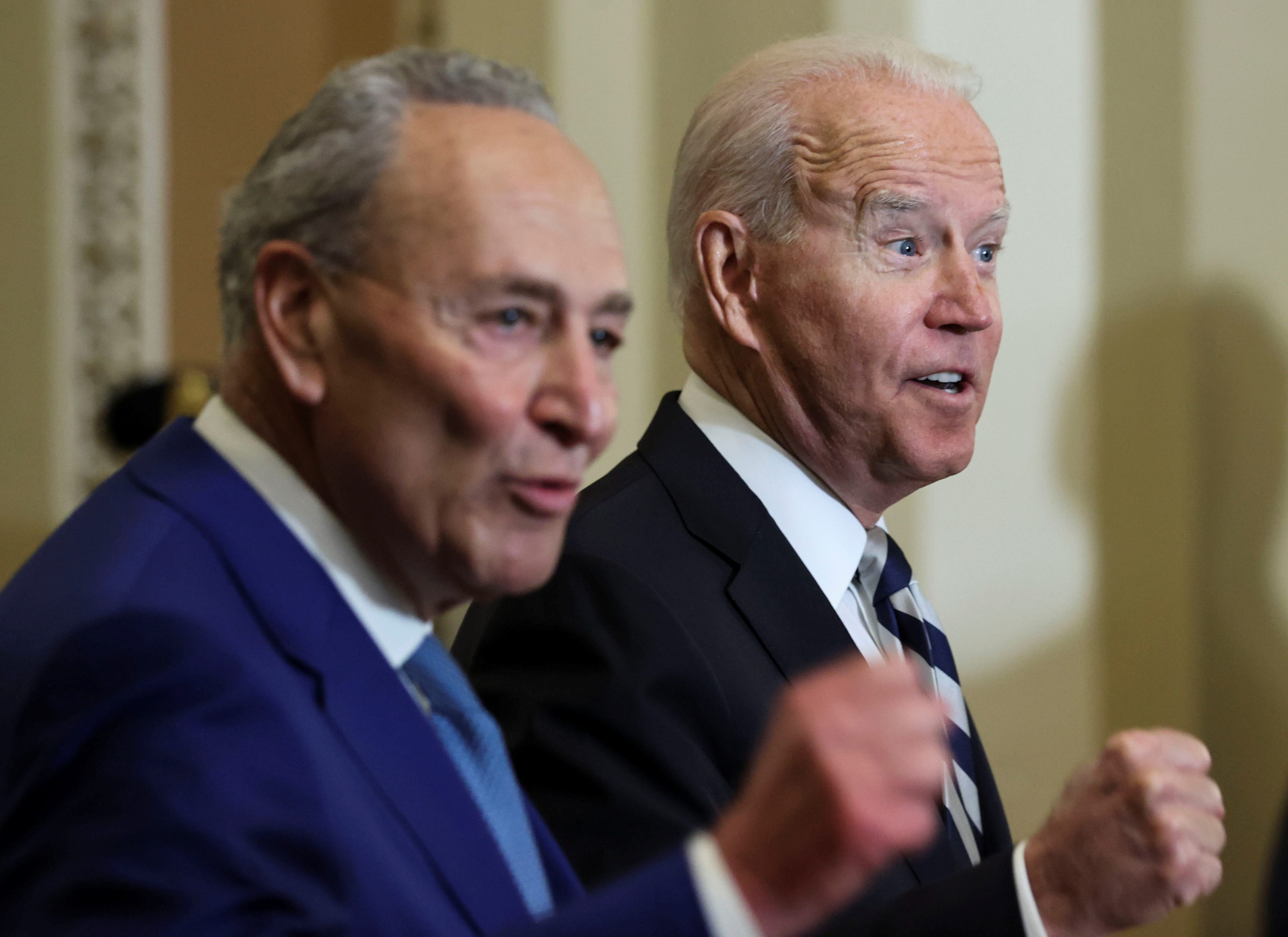 Senate Democrats delivered a major portion of the Biden agenda and added even more accomplishments to Joe Biden’s consequential presidency.

Majority Leader Schumer said after the 50-50 tie which was broken by Vice President Harris:

Today—after more than a year of hard work—the Senate is making history. I am confident the Inflation Reduction Act will endure as one of the defining legislative feats of the twenty-first century: our bill reduces inflation, lowers costs, creates millions of good paying jobs, and is the boldest climate package in US history.

This bill will kick-start the era of affordable clean energy in America. It is a game-changer. It is a turning point. And it has been a long time in coming.

To Americans who’ve lost faith that Congress can do big things, this bill is for you.

To seniors who’ve faced the indignity of rationing medications or skipping them altogether, this bill is for you.

And to the tens of millions of young Americans who have spent years marching, rallying, demanding that Congress act on climate change, this bill is for you! The time has come to pass this historic bill!

Majority Leader Schumer deserves an immense amount of credit for the passage of the Inflation Reduction Act. It was Schumer who tirelessly kept at it. Schumer kept negotiating with Sen. Joe Manchin (D-WV) to get a deal to pass the major remaining portion of President Biden’s agenda.

Schumer also got America’s first gun control bill and infrastructure legislation in decades through the Senate in a bipartisan fashion.

Chuck Schumer and Speaker Pelosi have done incredible work to put Biden in a position where his presidency is one of the most important in the United States in decades.

Along with controlling the cost of drugs for seniors, providing affordable…