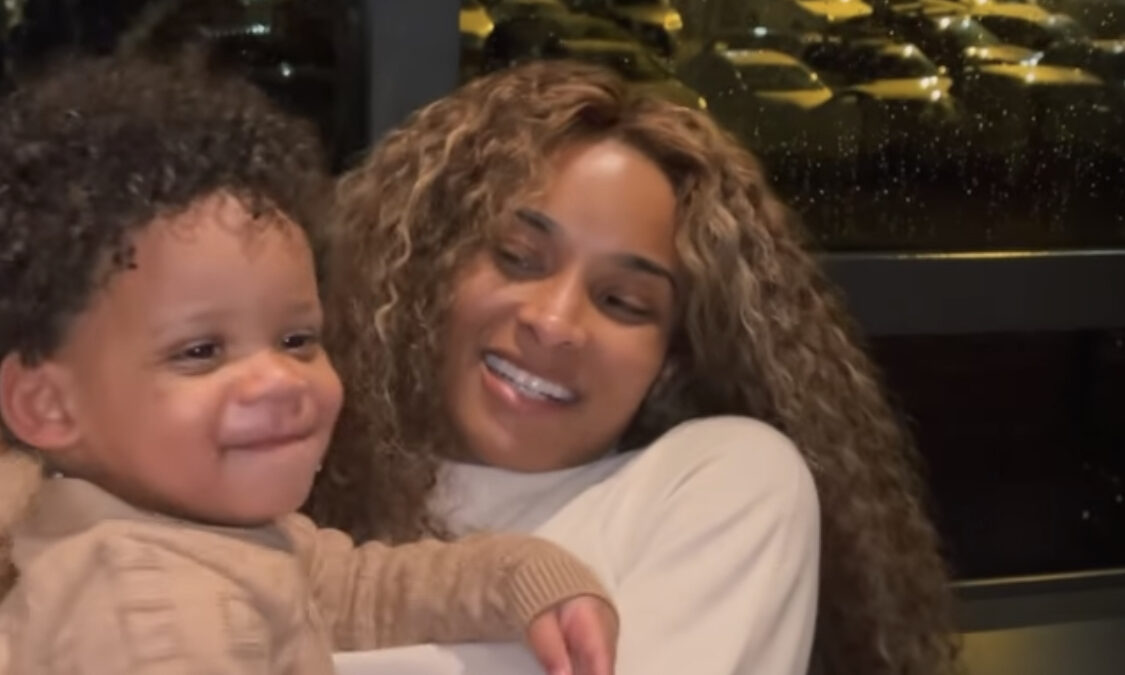 Singer Ciara uploaded a series of photos of her and her family enjoying the Fourth of July weekend onto Instagram, with her youngest child, Win — who turns two this month — capturing the attention of many fans.

The singer along with her husband, Denver Broncos quarterback Russell Wilson, and her their children, Future – shared with rapper Future , Sienna Wilson and Win Wilson were all picture ready as they smiled for the cameras, but many fans noticed Ciara’s younger son Win was the only one not smiling.

The mom of three shocked fans with a baby bump back in 2020, when she revealed that her and her husband of four years at the time were expecting their second child together.

In an interview with E! News, the “Level Up” singer described her pregnancy with Win as “the slowest pregnancy she ever experienced” and expressed how she bore through “physical challenges.”

She revealed in her interview, “My body was so achy, I thought I was going to need a cane at the end of my pregnancy to be honest.” Ciara noted that creativity helped her push through the hardships.

In 2020, Ciara released a song titled “Rooted,” where she featured Future Jr. and Sienna in the music video as well as Win. While Win was not born yet in the video, Ciara made sure to show off her belly while filming the music video just two days before giving birth.

In an interview with People Magazine, Ciara explained the meaning behind the song. She said, “ ‘Rooted’ is a song that celebrates Black Joy. It celebrates our uniqueness and strength.”

The 36-year-old also revealed in her People Magazine interview, “I shot the video two weeks away from delivery for one part, and then I shot the other part just two days out.”

Ciara and Russell welcomed baby Win into the…