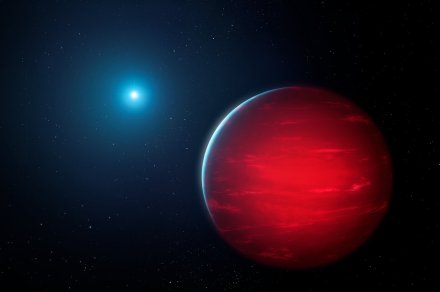 “These discoveries were made by an amateur astronomer who conquered astronomical big data,” Aaron Meisner, an astronomer at NSF’s NOIRLab in a statement. “Modern astronomy archives contain an immense treasure trove of data and often harbor major discoveries just waiting to be noticed.”

A binary system is a type where two stars orbit each other. And a brown dwarf is an object between a star and a planet — cooler than a star but hotter than a planet. They don’t have nuclear fusion going on inside them, which is how stars produce their heat, but they are similar to what happens to a star as it cools. There weren’t that many brown dwarf binaries known before this discovery, so the finding has significantly increased the pool of brown dwarf binaries which can now be studied.

The discovery was made as part of the Backyard Worlds project; a group of citizen scientists who comb through telescope data to look for indications of previously undiscovered objects like brown dwarfs.

“The Backyard Worlds project has fostered a diverse community of talented volunteers,” said Meisner, who is also co-founder of Backyard Worlds. “150,000 volunteers across the globe have participated in Backyard Worlds, among which a few hundred ‘super users’ perform ambitious self-directed research projects.”

This particular set of brown dwarfs was discovered from data from NOIRLab’s Astro Data Archive. After Kiwy founds indications of the brown dwarf binaries, the results were published…