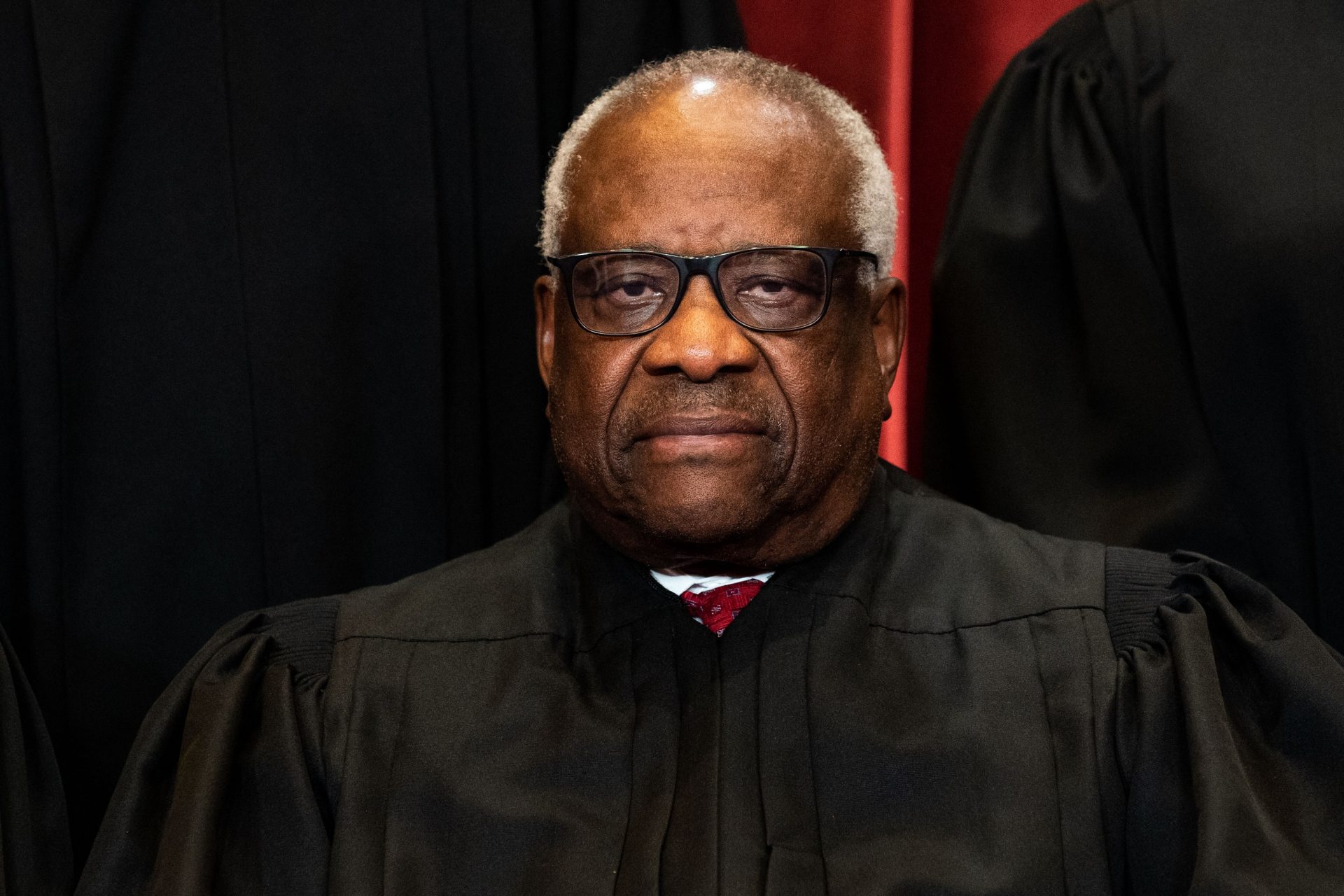 Supreme Court Justice Clarence Thomas continues to find himself in the midst of intense controversy and backlash—and this time it surrounds his false claims regarding the COVID-19 vaccine. During his dissenting opinion at a hearing of the Supreme Court, Clarence Thomas alleged that current COVID-19 vaccines contain the cells of aborted children, which has been proven to be untrue.

@Politico reports, while hearing a case in the Supreme Court, Clarence Thomas once again spouted false claimsregarding COVID-19. After the Supreme Court declined to hear a religious liberty challenge to the New York City vaccine mandate involving 16 health care workers, Thomas incorrectly stated that COVID-19 vaccines contain the cells of “aborted children.” In his full statement on the matter, he said of the Supreme Court, “They object on religious grounds to all available COVID–19 vaccines because they were developed using cell lines derived from aborted children.”

To be clear, none of the current COVID-19 vaccines in the U.S. contain any cells of aborted fetuses. Clarence Thomas attempted to make the correlation between cells obtained from elective abortions decades ago that were only used in the testing phase of the COVID vaccine development process—which is highly common practice in vaccine testing — including testing for rubella and chickenpox vaccinations.

Thomas wasn’t alone, as his fellow Supreme Court members Samuel Alito and Neil Gorsuch agreed with his dissenting opinion. Additionally, others who defended him claimed he was only repeating allegations made by those refusing to get the vaccine.

Clarence Thomas is the latest in a long list of conservatives who have publicly voiced false claims and opinions regarding the COVID-19 vaccine, which have all been proved…