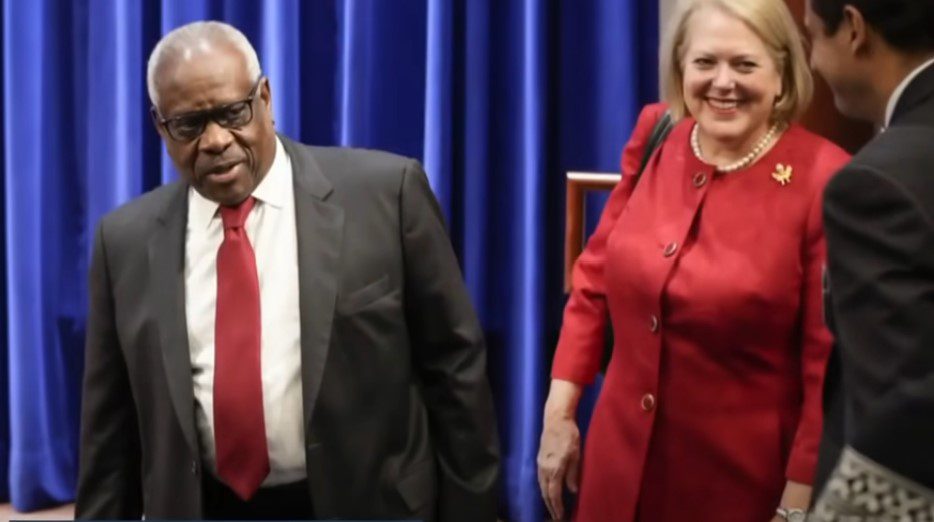 Clarence Thomas Just Demonstrated That He Is Influenced By Ginni

Clarence Thomas issued a dissent after the Supreme Court refused to hear a challenge to New York’s vaccine mandate that sounded just like his conspiracy theory wife.

Thomas wrote in his dissent, “They object on religious grounds to all available COVID–19 vaccines because they were developed using cell lines derived from aborted children.”

The COVID vaccines were not developed using stem cell lines from aborted children. The claim that Thomas included in his dissent is right wing misinformation about the COVID vaccine.

Clarence and Ginni Thomas claim that her activism does not interfere with his work on the Supreme Court. but Clarence Thomas is making decisions based on right wing misinformation.

It sounds like Justice Thomas is getting his information from his conspiracy theory loving wife.

The Supreme Court has a massive Clarence and Ginni Thomas problem.