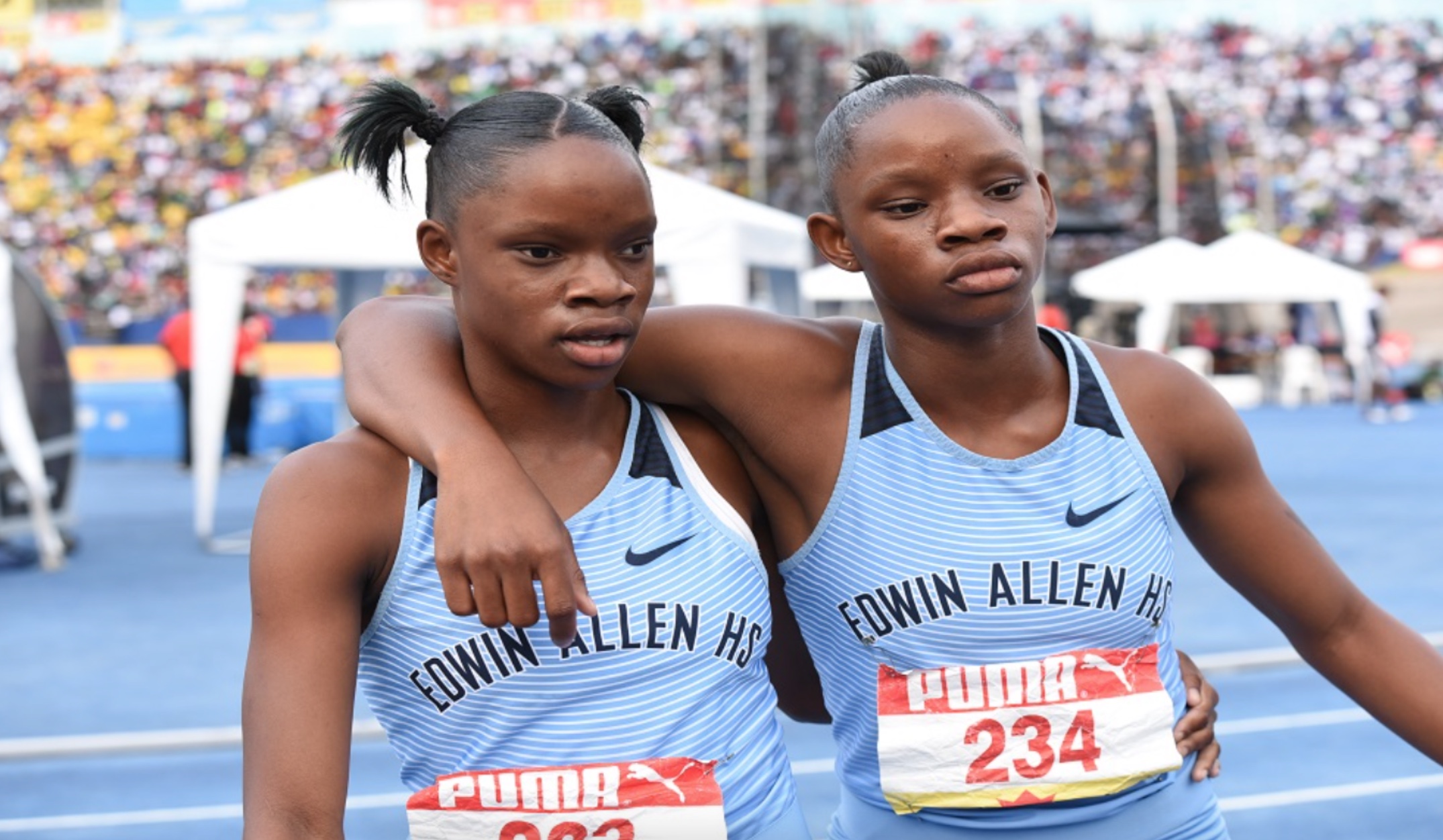 Twin Sisters Tina Clayton and Tia Clayton have made the decision to end their academic studies at Edwin Allen High and will be joining Stephen Francis’ highly esteemed MVP Track Club. It had been rumoured that the twins who are currently seventeen, would not be continuing at Edwin Allen High, and developing reports now say it has finally been confirmed.

Coach Stephen Francis’ MVP track club is one of Jamaica’s most prestigious athletics clubs and has been the home of many of the country’s best athletes including three-time Olympic gold medalist and four-time silver medalist Shelly-Ann Fraser-Pryce.

On February 26, 2019, Tia Clayton set a new 100m world U15 best at the Digicel Central Athletics Championships running 11.37 and her sister Tina Clayton is the reigning World Under-20 100m champion after breaking the Jamaica Junior 100m record after she ran a stunning 10.96 seconds at the last staging of the National Championships.

Tina along with her sister Tia were both a part of the women’s Under-20 4x100m championship team that set a new record in Nairobi, Kenya and will be in this year’s team that will be heading to Columbia for the championship next month.