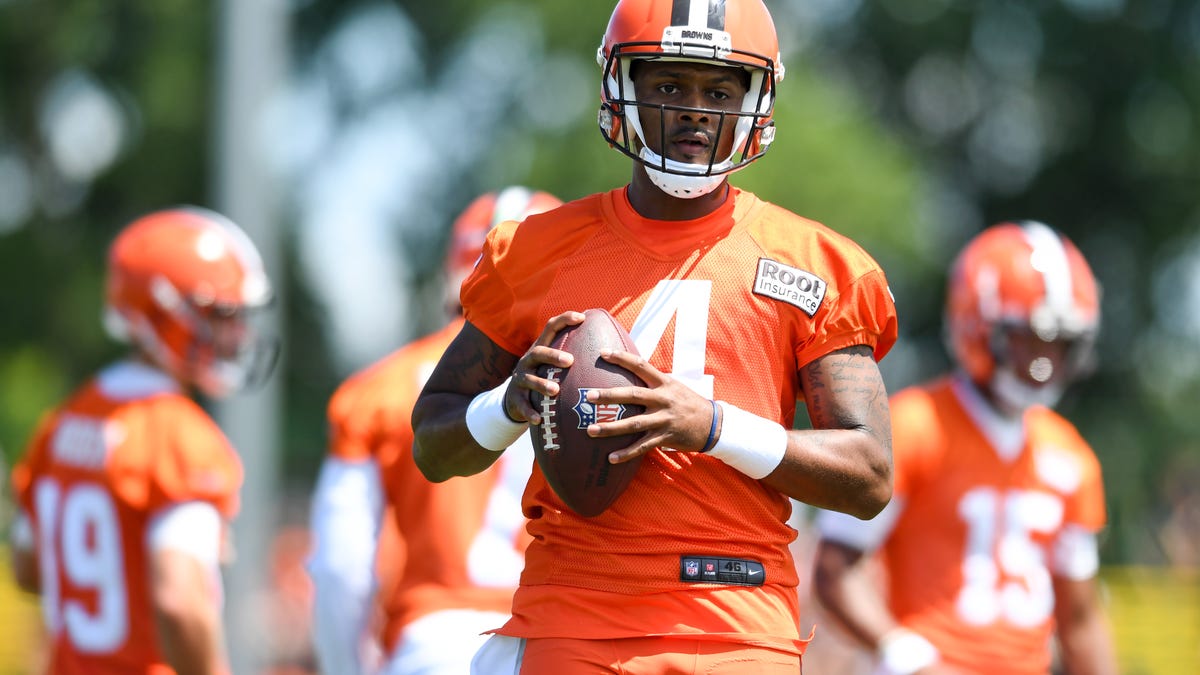 The Browns QB who signed a massive $230M fully guaranteed deal this offseason to play in Cleveland will not be fined according to reports.

Watson will be eligible to return to the field when the Browns play at Baltimore on Oct. 23.

The NFL Players Association, said is a statement that it would “stand by” Robinson’s ruling and urged the NFL to do the same.

The NFL or the NFLPA have up to three days to appeal the decision.

Here’s a bit on the history from ESPN:

Watson has been accused of sexual assault and inappropriate conduct during massage sessions in civil lawsuits filed by 25 women. The encounters cited in the lawsuits took place between March 2020 and March 2021, while Watson was a member of the Houston Texans. One of the 25 lawsuits was dropped following a judge’s ruling in April 2021 that the plaintiffs needed to amend their petitions to disclose their names. In June, Watson settled 20 of the 24 lawsuits he was facing; on Monday, he agreed to settle three of the remaining four, according to Houston attorney Tony Buzbee, who represents the women suing Watson.

This is a breaking news story. Check back for updates.