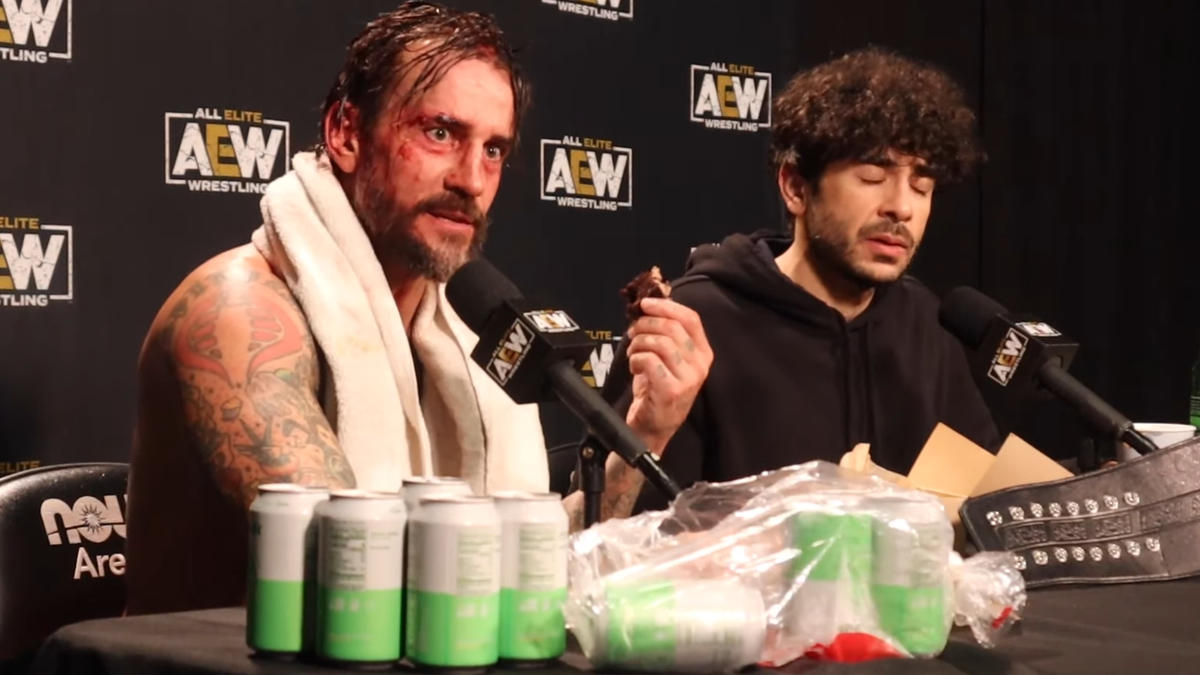 Following WWE’s Clash at the Castle event on Saturday, the company held a press conference in which its lead executive, Paul “Triple H” Levesque, was joined by a number of performers. Speaking first was undisputed champion Roman Reigns, who appeared in character for roughly 90 seconds, delivering his remarks to an upbeat and energetic group of reporters. Here are Reigns’ comments in full:

“I think I’d rather you do what they wouldn’t do. Acknowledge me!”

Following AEW’s All Out event on Sunday, the company held a press conference in which its lead executive, Tony Khan, was joined by a number of performers. Speaking first was undisputed champion CM Punk, who appeared out of character for over 20 minutes, delivering his remarks to a confused and occasionally frightened group of reporters, several of whom he browbeat personally. Here is an abridged selection of Punk’s comments:

“When I finally had to countersue [Ring of Honor wrestler and former friend Colt Cabana], through discovery we discovered he shared a bank account with his mother. That’s a fact. … The fact that I have to get up here and [admonish journalists] in 2022 is fucking embarrassing. And if y’all are at fault, fuck you! If you’re not, I apologize. But what did I ever do in this world to deserve an empty-headed fucking dumb fuck like ‘Hangman’ Adam Page to go out on national television and fucking go into business for himself — for what? What did I do? … I’m trying to run a fucking business. … [Cabana] shares a bank account with his mother, that tells you all you need to know about what kind of character that is. … I’m sorry if I’m a little fucking snippy, I’m hurt and I’m old and I’m fucking tired and I work with fucking children. This [baked good] is from Mindy’s Bakery, by the way. It’s a great place in Chicago. If you like pastries and baked goods, I suggest you go there. They’re closed on Mondays and Tuesdays, though. … [Internet gossip] really…