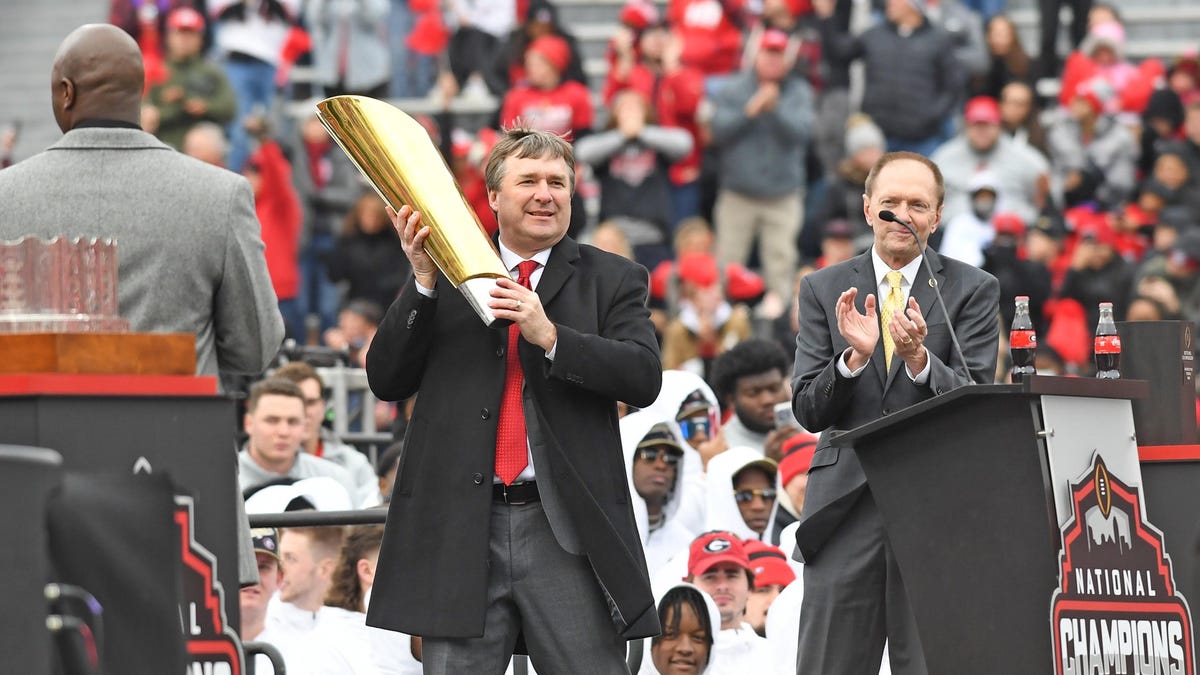 More teams will have a shot at winning a national title come 2026Photo: Getty Images

The College Football Playoff is expanding, finally. After a decade of a four-team tournament to determine the FBS national champion, the field is tripling starting by the 2026 season. Per ESPN’s Pete Thamel, the CFP Board of Managers approved the addition of eight teams to the annual postseason clash on Friday. The switch comes after years of lobbying for more teams to be involved in college football’s premier event.

The change has yet to be officially announced but several online reports said the CFP board was considering the eight-team increase throughout this week. The committee making the decision is composed of the 10 FBS conference commissioners and Notre Dame Athletic Director Jack Swarbrick.

Sports Illustrated’s Ross Dellenger reported this week that there was a “50/50 chance” a vote even took place. It appears that it came to fruition quickly. The CFP’s current contract runs through 2025 and was approved in February. The exact start date of a 12-team playoff has yet to be determined by the committee.

No further details about how the 12 teams are selected, how it impacts the New Year’s Six, or whether campus sites would host games have been announced. The easy move would be to just expand the current bowl system already in place. The top-four teams, in a nod to CFP purists who don’t want expansion, would earn a first-round bye. The No. 5 seed would host the No. 12, with the exact same seed matchups that take place in the traditional first round of the NCAA Tournament, on college campuses. For the quarterfinals, the No. 1 seed would face the lowest-remaining seed to win in the first round. The top team would also get the first pick among the four non-semifinal bowls, and so on. Then, the current CFP model plays out the rest of the season.

Not too much about how the New Year’s Six selects teams needs to change for a dozen-team CFP. The Power Five Conference champions and the best Group of Five team automatically take up half the field. The individual bowl ties, like the Sugar Bowl’s need for a Big 12…