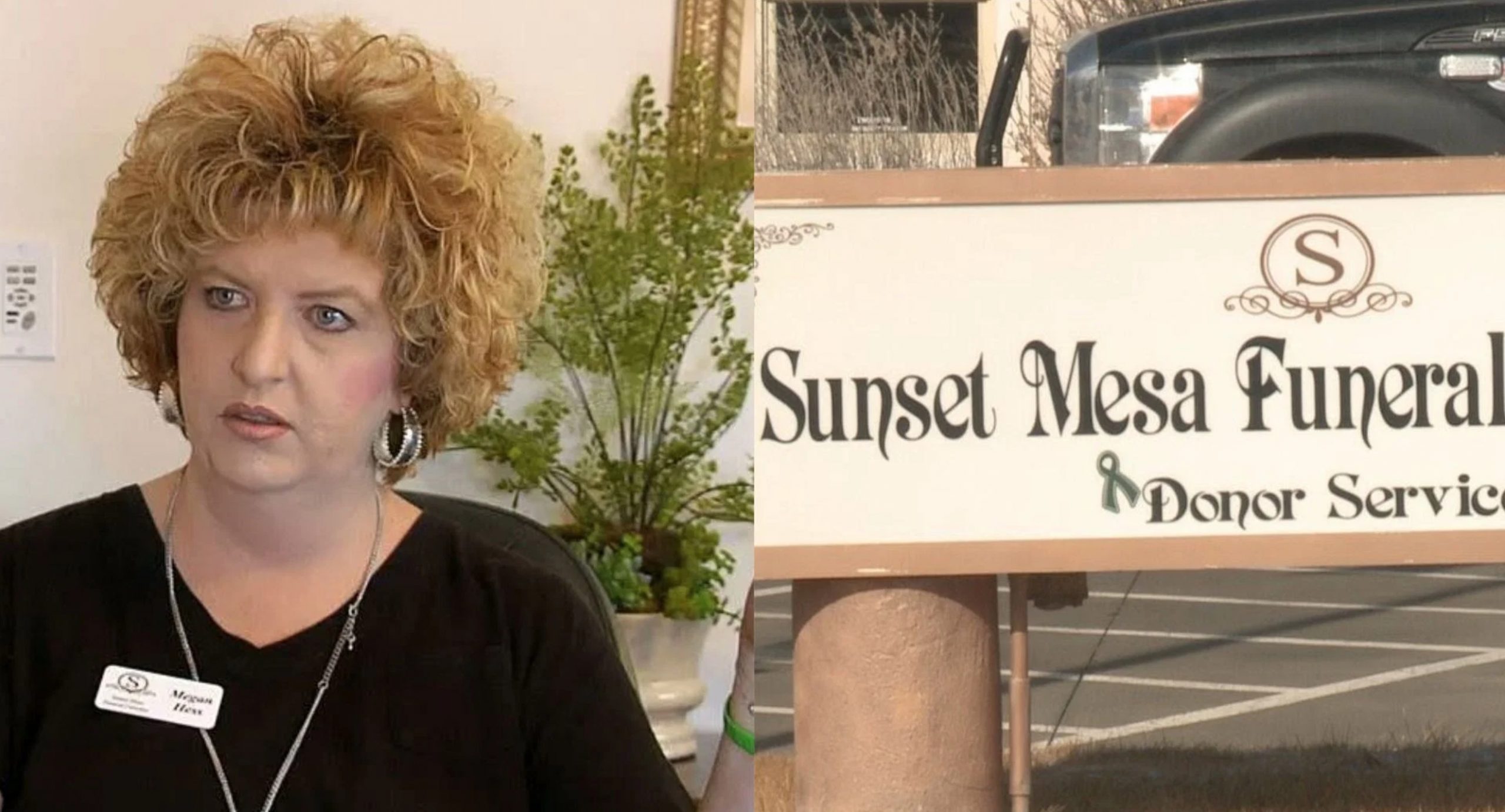 It has been reported that Megan Hess, the Colorado funeral owner of Sunset Mesa Funeral Home, has finally confessed to selling the body parts of corpses to be cremated without permission.

On Tuesday, Hess admitted that she took advantage of multiple grieving families by giving them fake ashes instead of cremating the bodies, so that she could sell the different body parts from another company she ran, Donor Services, from the same location as the funeral home in Montrose Pennsylvania.

She reportedly separated the limbs, head, and spines from the deceased bodies and sold them instead of cremating the bodies and presenting the ashes to the respective families.

It was also reported that initially, the Sunset Mesa Funeral Foundation was founded by Hess and her mom, Shirley Koch in 2009, along with what was supposed to be a non-profit organization. Donor Services reportedly sold the body parts for “surgical training and other educational purposes”.

In the process, the mother and daughter earned Thousands in US Dollars for cremation which did not happen. Court documents state that Hess targeted families that were struggling with funeral arrangements by telling them that in exchange for body donations, she would provide free cremations.

Hess falsified body donation consent forms, turned over ashes mixed with other corpses’ ashes and a former worker of the duo even stated that over US$40,000 was made by stripping and selling gold teeth from the bodies. She is looking at 12-15 years in prison.

Learn more from the video report below:

RELATED: Funeral Service For The Mother Of Sanchez Set For April 30th

RELATED: Government Helping With Funeral Expenses For The Clarendon Victims