BREAKING NEWS
GMT-4 09:16
Home Economics ‘Come Through with the Grown and Sexy’ 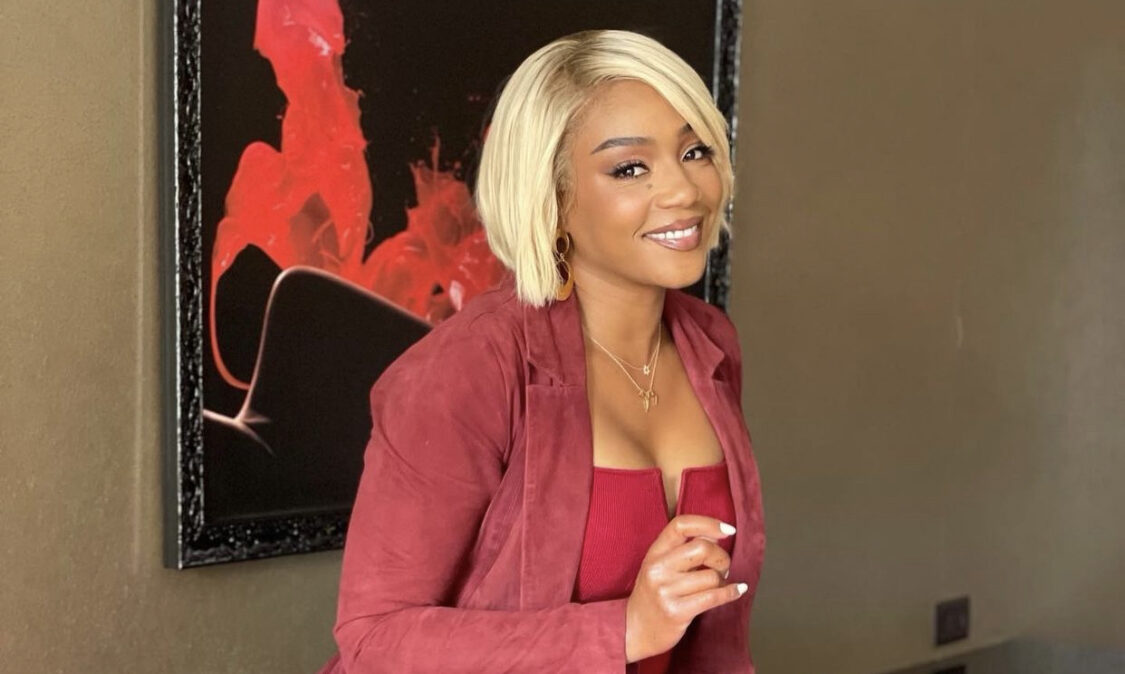 ‘Come Through with the Grown and Sexy’

Tiffany Haddish captivated fans’ attention on July 18 after showing off her latest look in an all-black ensemble.

Although Haddish didn’t disclose why she was dressed to the nines, the actress gave fans a full view of the outfit in black and white and colored photos. Haddish, who was seen posing in various locations in what appeared to be her home, rocked a sparkly black mini dress from Michael Kors.

Tiffany Haddish shouted out her team for helping her look beautiful during an outing. Photo:@tiffanyhaddish/Instagram

Haddish accompanied the look with accessories, including a black purse, sunglasses and earrings. As for hair and makeup, the 42-year-old sported blond tresses — which she had designed in a finger-wave hairstyle — and a full face.

In addition to the upload, Haddish praised her team for making her look beautiful for a night out. She wrote in the caption, “Last night was a lot of fun! Thank You @waymanandmicah for putting me in this fabulous @michaelkors dress, and Thank you @[email protected] for making me look beautiful. Thank you to @mr_dadams for taking great pictures and a special Thank you goes out to the best wing woman ever @makeupbydionne.”

As fans viewed the images, many mentioned how alluring Haddish looked.

“Come through with the grown and sexy @tiffanyhaddish.”

Among the previous remarks, others expressed how much they loved Haddish’s blond hair. One wrote, “Omg I love the blonde on you too much!” Another said, “@tiffanyhaddish gorgeous!!! I’m LOVING the hair.”

A third social media user posted, “You look great but the pixie cut gas definitely been a beautiful change.”

Haddish has been rocking the blond hairstyle since last February after she presented at the 78th-Annual Golden Globe Awards.