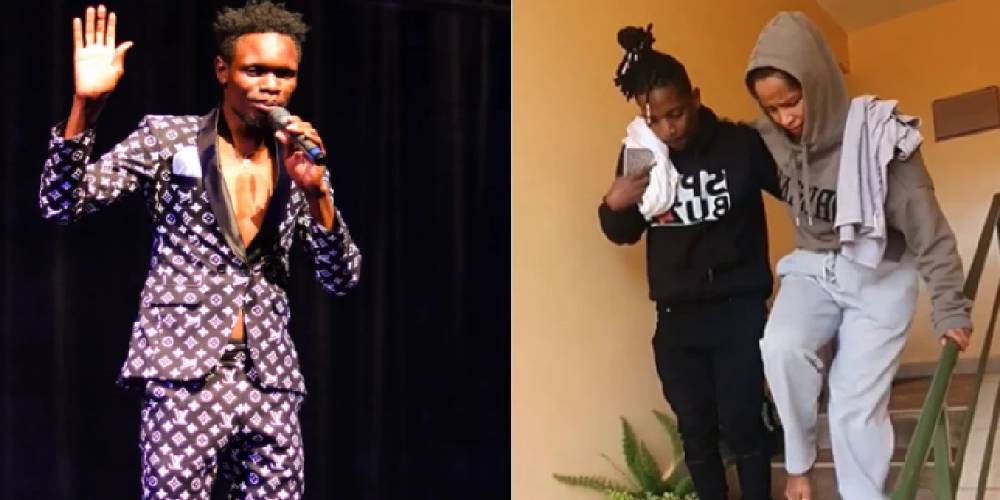 Comedian and content creator 2mbili has apologized to Eric Omondi and his ex-girlfriend Chantal Grazioli over remarks he recently made about them that were perceived to be a offensive and insensitive.

The remarks came after Eric Omondi took to social media to call out Chantal’s boyfriend Nicola Traldi for allegedly physically abusing her.

2mbili however took the allegations with a pinch of assault, accusing the two of chasing clout in the name of Gender Based Violence (GBV).

He has however now come forward to say he regrets his sentiments on the matter, which is now being handled by the courts.

2mbili, in an interview with YouTuber Eve Mungai, said he initially dismissed the allegations as a stunt owing to Eric Omondi’s usual skits that tend to be scripted just for the sake of publicity.

“First of all they used the wrong messenger, unaona what happened…when Eric came through with the news na videos showing Chantal akiwa hali ingine mbaya and the story behind ni kulikuwa na violence with the ex-boyfriend, si unajua zile mbwembwe za Eric? So me personally nikachukulia kama kipindi, so I had to respond and react,” he said.

“Actually, I wanted to do a video to apologize to Chantal if she’s watching, the aunt Naomi, Eric, I’ve already called Eric tumeongea sana and I have apologized to him and would also want to apologize to everyone.”

Chantal’s boyfriend Nicola Traldi was on Tuesday arraigned in court and charged for alleged assault.

He however pleaded not guilty to the charges and was freed on a cash bail of Ksh.100,000.