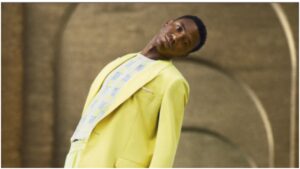 Comedian Jerrod Carmichael called out fellow comedian Dave Chappelle for his jokes about transgendered people in an interview with GQ.

Carmichael, who is gay, recently came out to his family and discussed the aftermath during his HBO comedy special, Rothaniel.

Chappelle’s Netflix special, The Closer, created controversy between the trans community and the comedian; several employees of Netflix walked out in protest. Chappelle discussed a trans comedian he mentored named Daphne Dorman in the special, who has since died. Carmichael told GQ that Chappelle was ruining his legacy with the controversy surrounding his jokes about the trans community.

“Chappelle, do you know what comes up when you Google your name, bro? That’s the legacy? Your legacy is a bunch of opinions on trans s—t? It’s an odd hill to die on. And it’s like, hey, bro. Who the f—k are you? Who do you f—k? What do you like to do? Childish jokes aside, who the f—k are you? It’s just kind of played. But he’s choosing to die on the hill. So, alright, let him.”

“I love this generation. I actually f–k with them, and f–k all those comedians that are going so hard against them.” —Jerrod Carmichael https://t.co/a3RqXwukYW pic.twitter.com/focu4SO1kS

The comedian also spoke on the troubles he’s faced since coming out in regards to his family, several of whom Carmichael is now estranged from. “It’s hard for a family to… just acknowledge the one part that you need acknowledged,” he said, adding that his young niece was supportive, but that he hasn’t been back home to North Carolina for more than one year.

“My [15-year-old] niece is the only one that really did that,” said Carmichael. “She hit me with a quick text, ‘I see you. I hear you’….I love this generation.”

Carmichael recently directed his first feature film, a dark comedy about two friends who want to commit suicide, On the Count of Three, and narrated Tyler, The Creator’s album, Igor.