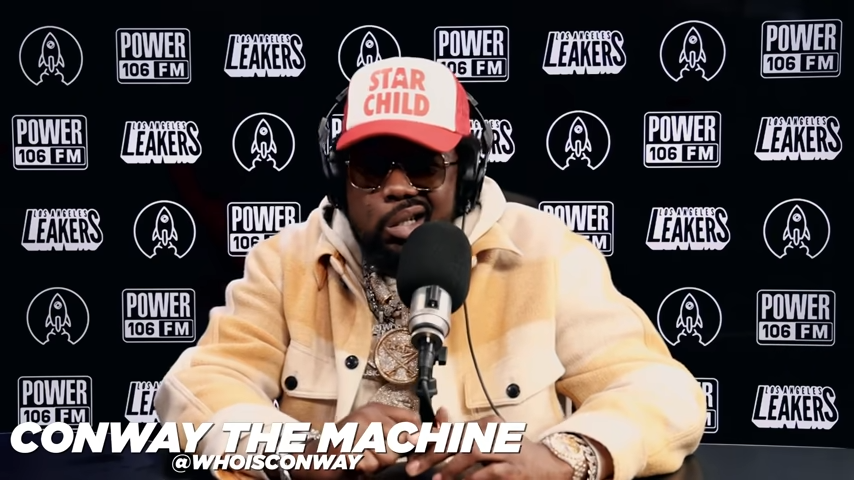 Conway The Machine recently took to Instagram Live to call out Funk Flex and other New York City DJ’s for being “out of touch” and “gatekeeping.”

“New York, in my opinion, man you gotta get them old n*ggas up out the way like Flex and them n*ggas man,” the Griselda co-founder said. “You know what I mean? Them gatekeepers that you got up there man that’s trying to dictate like who, you know what I’m saying? Like c’mon bruh. Good thing I don’t need y’all n*ggas cause if I needed y’all n*ggas y’all n*ggas would be fake stifling my groove.”

Conway went on to directly call out DJ Suss One for his appearance on The Wendy Williams Show last year where he named Conway as one of his top 5 MCs despite Williams not knowing who he was.

“Y’all don’t play my shit. Suss One you got on Wendy William’s show on primetime TV n*gga and said what you said,” Conway said. “Flex, every chance you get you said that you gotta stand on that. We gotta get rid of y’all n*ggas man. Let some new, young, tapped in, really tapped in with the streets ass n*ggas be the DJ’s and run that shit up there at Hot 97 n*gga and all that shit.

“You weirdo DJ n*ggas think that you run New York n*gga. Y’all is lame clowns. I hate muthaf*ckin’ the media. I hate you DJ n*ggas. Not all of ’em. Just some of y’all n*ggas in New York City, man. Y’all n*ggas just be doing weirdo shit bruh…like for real y’all gotta move out the way man.”

Conway has faced his fair share of snubbing this year. In June, the God Don’t Make Mistakes artist was left off of B.Dot’s top 10 rappers of the year (so far) list along with former labelmate Benny The Butcher.