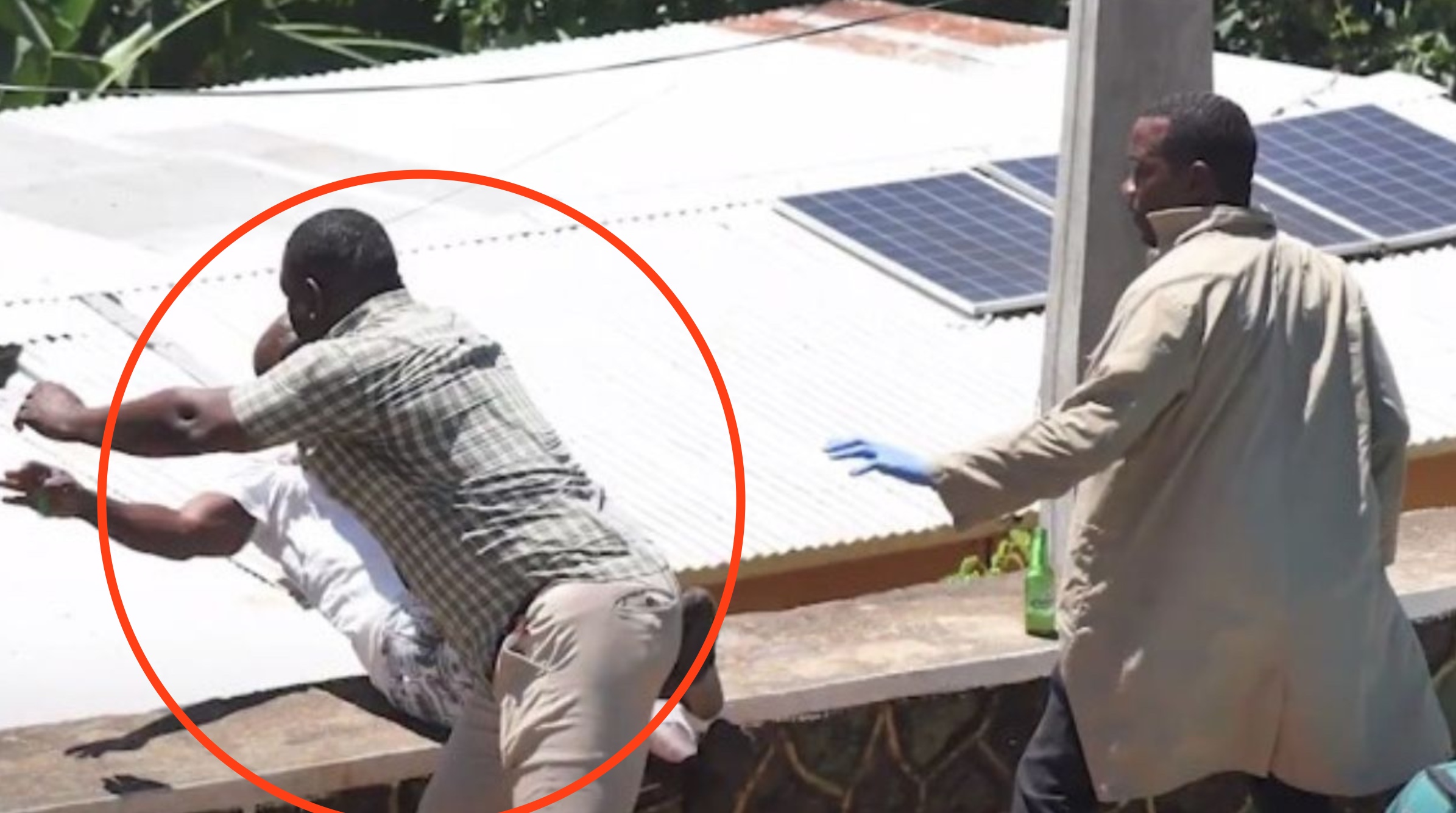 The Independent Commission of Investigations (INDECOM) is currently probing an altercation between a police officer and a resident of Red Hills, Garfield Winter, that allegedly resulted in Winter being pushed over a wall by the officer.

On Friday, members of the constabulary force were called to the Red Hills community after a mentally unstable man chased a group of people along Red Hills Road. According to reports from the Jamaica Gleaner, the unsound man inflicted chop wounds on three people that were among the group, and Phillip Bennett, a 74-year-old mason, later died from his injuries. It was allegedly after this gruesome attack that the altercation erupted between the officer and Winter.

In photographs obtained by the news outlet, the officer appears to shove Winter over a wall as a member of the police’s forensic unit seemingly attempts to grab him before he falls. The incident quickly sets residents into a frenzy, and one resident can be heard on video instructing others to block the road and to alert the media. An officer attempted to transport Winter to receive aid, but a woman, possibly a relative of Winter, flatly refused to have them take him away in their car.

According to Winter, he did not hit the officer during the altercation but was defending Bennett, who died during the incident earlier while he attempted to help schoolchildren during the attack.

Reports state that the officer has since been identified by INDECOM and is to be interviewed. INDECOM Assistant Commissioner Hamish Campbell disclosed that the incident was brought to the agency’s attention through the media and a member is currently in communication with the Jamaica Constabulary Force (JCF) to ascertain the facts. An investigation by the Inspectorate and Professional Standards Oversight Bureau has also been launched.

Watch the video below.

RELATED: INDECOM Act Seemingly Imminent To Force A Statement From Constable Smith About…