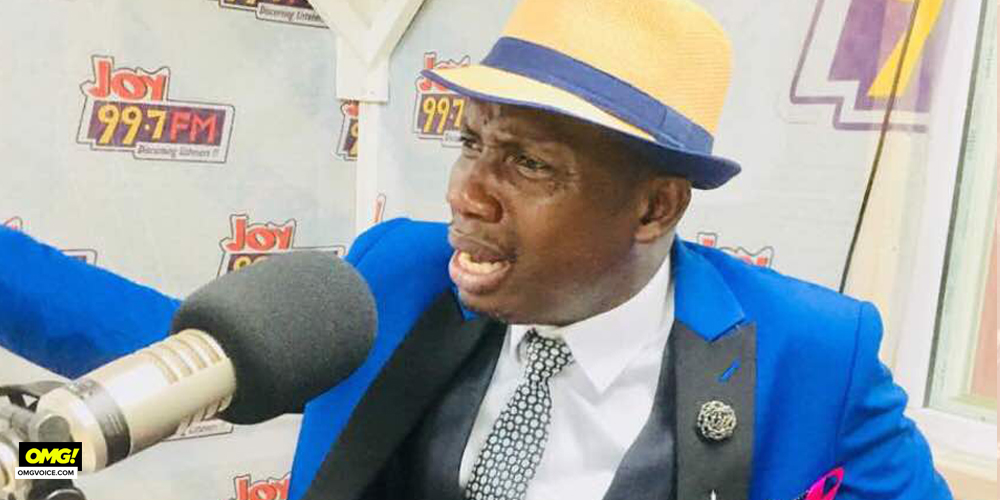 Counselor Lutterodt “I’m Really Disappointed In Tracey Boakye, I don’t Like Her Choice Of Husband”

Marriage and relationship counselor, George Lutterodt has indicated that he is unhappy about the choice Tracey Boakye made for a husband.

Admitting that the actress is old enough to make decisions for herself on Peace FM’s Entertainment Review show, Counselor Lutterodt mentioned that the actress has carved a niche for herself with her affluence and hence wondered if the pedestal she has placed herself would not be affected by the kind of person she chose as a husband.

His submission was based on reports that Tracey’s husband, Frank Badu Ntiamoah, is also a filmmaker.

“Tracey had an interview with Abeiku Santana. It made me ponder over the wealth of Tracey that was trumpeted. Tracey Boakye’s name alone on a page attracts a lot of eyeballs. She has become a bigger brand so when she mentioned her wealth to Abeiku, all I said was ‘May God give her a husband, a type of husband that is worth her sort so that whatever she is will not come down.”

“I don’t know the husband but I’m told he’s also a Kumawood actor or businessman. But if Tracey has gone to marry this guy based on what I heard her say, I’m not too happy with the choice she has made although is her choice. As a professional marriage counsellor, Tracey Boakye needs to marry but the time is not rife,” he added.

Emitting more in his bid to establish his stance, Lutterodt had some questions for Tracey Boakye who prides herself on being cahs-rich.

“If it’s marriage, I wish her well but I want her to understand that me, George Lutterodt, I’m disappointed although she is not my family member. Think well before you take a decision to marry,” Lutterodt added.

The actress and artist got married on July 28, 2022, in Kumasi. Dubbed #Francey22, the event was attended by some…