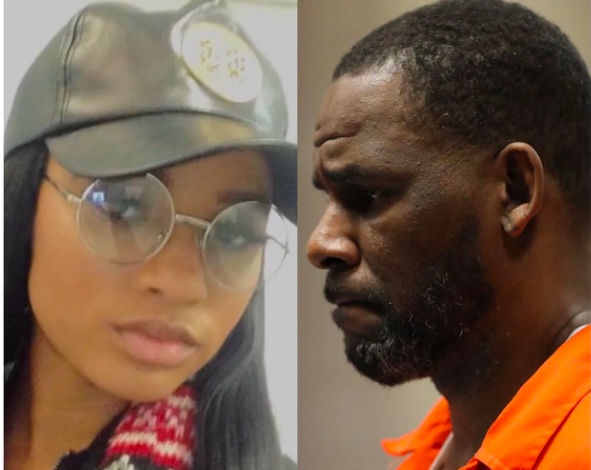 Issa, ride or die! When it comes to R. Kelly’s long-time girlfriend, Joycelyn Savage, she’s gonna hold him down. In a court document from All Hip-Hop, Joycelyn reveals she’s engaged to the Pied Piper. The future Mrs. Kelly wrote a letter to Judge Ann Donnelly on June 28th ahead of R. Kelly’s sentencing for sex crimes in New York. In the letter, she attempted to portray the incarcerated artist in a positive light and let the judge know she’s “not the victim.”

Joycelyn wrote, “My relationship with Robert is amazing. He’s the best thing that’s ever happened to me. We have a very special connection and are deeply in love. I still support Robert to this day because I love him and will always be here to support him.”

She continued, “Robert is not the monster that the government has described him to be. The Robert I know is very sweet, gentle, and kind. At the end of the day, he has always made sure that I’m taken care of and any other women he was with as well.

Joycelyn’s family has been quiet about the engagement. However, they did speak out on June 29th, the day the singer was sentenced to 30 years in prison. According to CBS 46, attorney Gerald A. Griggs released a statement saying, “The Parents of Joycelyn Savage are pleased with the sentence handed down by Judge Donnelly today. They hope it will continue to send a strong message that sexual predators will be punished for their illegal conduct.”

He added, “It is their continued hope to reunite and reconnect with their daughter. They hope that now Joycelyn will return home. They are glad that the Court heard the voices of the survivors.” Roommates, what do you think of the engagement?