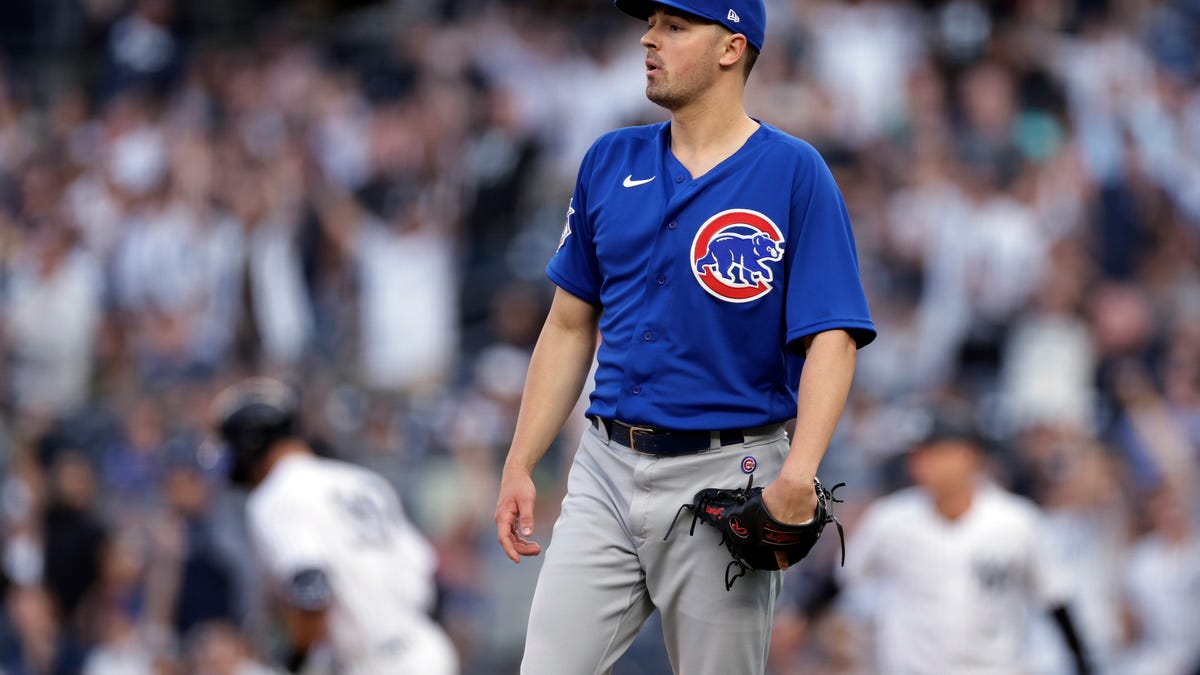 The Chicago Cubs matter insomuch as they give the fine people of the Windy City an excuse to day drink and eat hot dogs. Outside of that one year, this season isn’t that much different from most others. They’re 23-35, 10 games back of the division leading St. Louis Cardinals, and nine games out of the last wild card spot.

Basically, it’s another run out the clock situation, where fans only have milestones to celebrate while hoping none of the losses are that embarrassing.

About that second part.

Starting pitcher Matt Swarmer, who’s been in the bigs less than two weeks, didn’t have a great time in the Bronx during an 8-0 beatdown Saturday at the hands of Aaron Judge, Giancarlo Stanton, and like three other Yankees. Judge hit two solo shots against Swarmer, who allowed a record-tying six solo home runs total, including back-to-back jacks in the fourth inning. Stanton’s homer (119.8 mph) tied his own mark for hardest hit baseball in the league this season.

Besides Swarmer himself getting trolled by half-awake baseball Twitter…

Swarmer became the 10th pitcher ever to allow six blasts in a single outing and set the franchise mark for homers allowed. He shouldn’t feel that bad, though. Half of those nightmare starts came this century, and there are 23 other pitchers dating back to 2016 alone who have allowed five home runs in a contest, including guys like Gerrit Cole, David Price, and Zack Greinke.

Hey, Matt, at least you didn’t give up No. 7 and it came on a nice Saturday in Chicago. I’m sure everyone had enough cased meats and beer running through their veins that they forgot the Cubs were in New York this weekend anyway.

Judge’s two home runs extend his league lead to 24, and put him on pace for something like 783 this season. I’m sure he’ll cool off, though. Batting practice weekend at Yankee Stadium presented in part by David Ross and the Chicago Cubs ends Sunday.