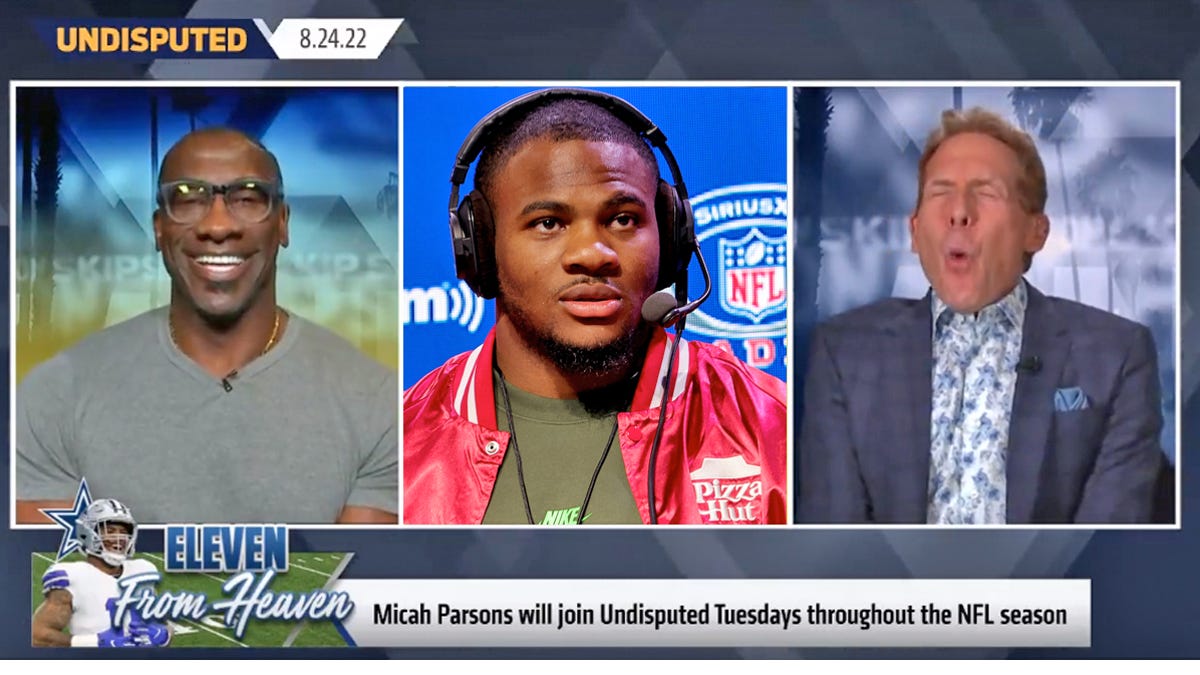 Despite having won nothing on the field in 25 years, the Dallas Cowboys remain in the spotlight as “America’s Team.” They can’t get out of their own way, yet continue to dominate NFL headlines year-round. Owner Jerry Jones has a radio show in Dallas, and now another Cowboys personality will have a weekly national platform on which to to spew Cowboys propaganda.

This fall, All-Pro/Rookie of the Year award-winner Micah Parsons will join Skip Bayless and Shannon Sharpe as their weekly guest every Tuesday morning on Fox Sports’ Undisputed.

Undisputed has been criticized for no longer having guests, so this should fill that void. Another thing Skip and Shannon have been taken to task over on social media is the Cowboys’ heavy content five days a week. That’s all year, not just during football season.

Honestly, I’m not sure who was clamoring for this, aside from Bayless. The addition of Parsons each week won’t do anything to reduce this bit of criticism, but at least it’ll be different. Unless Parsons makes some wildly ridiculous statements like Patrick Beverly did during the NBA playoffs for ESPN, this will likely be seen as a dud everywhere outside of Dallas.

Having active players on sports debate shows rarely adds anything. Most players don’t want to truthfully critique anyone they’ve got to play with or against, especially in football. That doesn’t mean guys are scared, but teammates and coaches frown on giving anyone “bulletin board” material. NFL players and coaches are probably the most mindful of this and usually refrain from saying anything that can be misconstrued during press conferences.