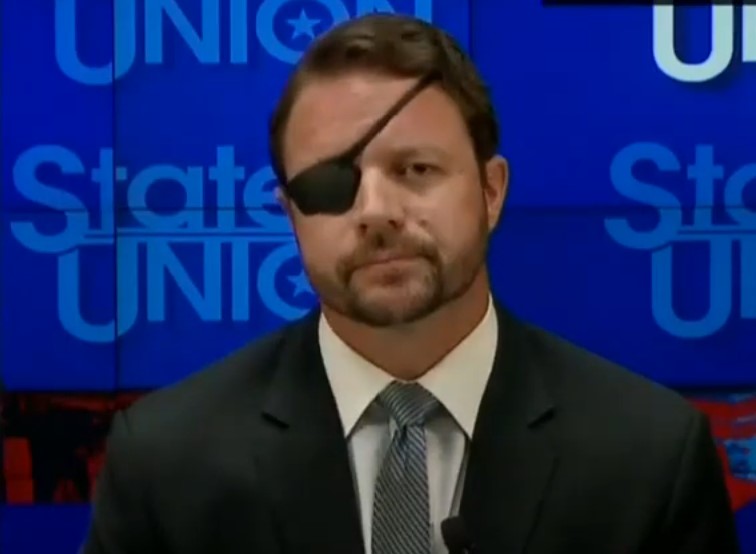 Posted By: adminon: May 29, 2022In: PoliticsNo Comments
Print Email

Rep. Dan Crenshaw (R-TX) rejected every Democratic proposal on guns but when asked for solutions could only babble NRA talking points.

Transcript via CNN’s State Of The Union:

BASH: Congressman, Congressman, they’re — I mean, I think — I’m guessing there are a lot of people out there watching this, hearing you say no to a lot of the solutions that people are talking about.

So, what I — I think people to know is, what is the solution? What would you agree with?

BASH: Because the way the answers are coming out now is that nothing’s going to change.

And I don’t think people here in this community and across the country want to hear that, after their babies are being massacred by these guns.

CRENSHAW: Well, I think what needs to change is the things that would have the most immediate and succinct effect and tangible effect on these things.

And that’s actual security at a school. So, it’s not as if Republicans have never proposed anything. Again, I went through some earlier, the Fix NICS Act, the 21st Century Fix NICS Act, which is a new proposal.

CRENSHAW: Looking at the STOP Violence in Schools Act, that one actually put resources towards schools for school resource officers. Increasing the penalties for straw buyers, these people that…

BASH: Why not do both? Why are they mutually exclusive? Why can’t you secure schools and…

CRENSHAW: None of these are…

BASH: … other solutions that have to do with access to guns in a way that respects…

CRENSHAW: Well, because a policy has to respect two criteria.

BASH: … the Second Amendment and its core and what it was intended as?

CRENSHAW: Well, that’s exactly the problem with it, because a lot of these policies that I think the Democrats often propose that are gun control policies, they do two things.

One, they infringe on the rights of million and millions of gun owners. And, two, they probably wouldn’t have the outcome that you’re hoping for.

So, if you’re not going to get the benefit you want, but you’re going to — it’s going to come…