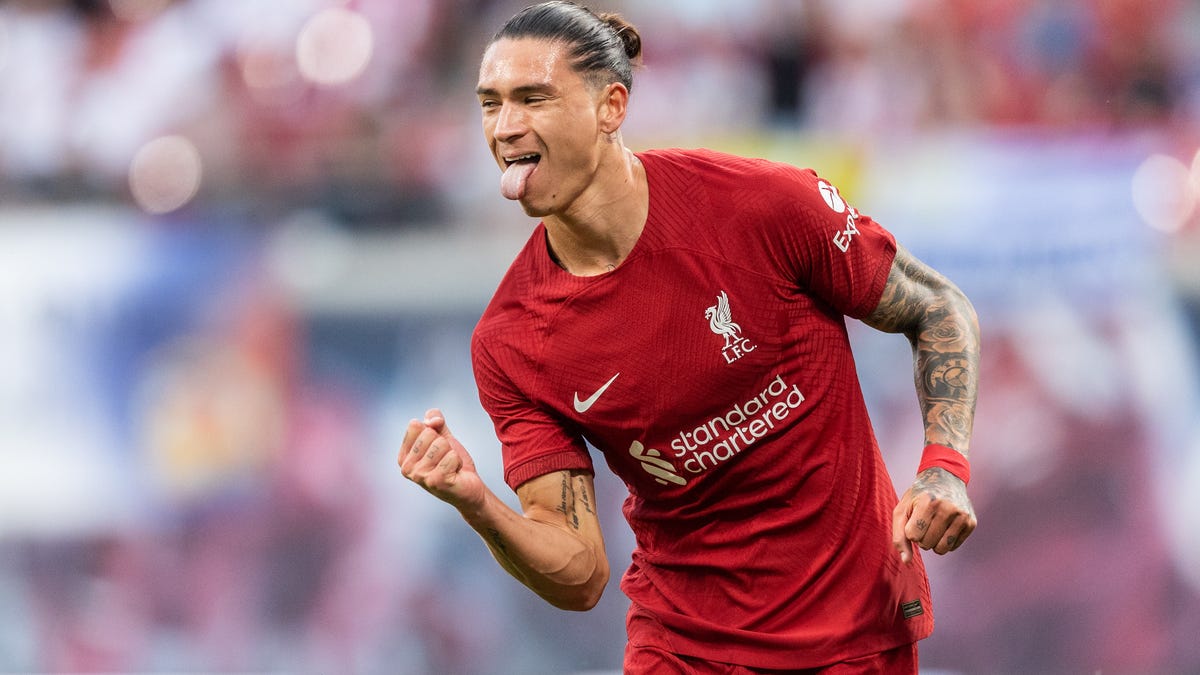 It must be a slow period for sports in the U.K. as well. There’s not a dart league or a cricket game (match?) going on either? It could be the record-breaking heat that’s made fans more irritable than normal. Whatever it is, overreacting to a player’s preseason debut during a couple of friendlies is entirely unnecessary, even if he’s Darwin Núñez who moved from Benfica to Liverpool for £85 million.

The Uruguayan striker failed to score in his first two appearances, and the reaction of the always rational people of Twitter was to call him a flop and complain about the starting 11.

Fast forward a week to the highly touted signing bagging four goals against RB Leipzig… in a half.

After the game manager Jurgen Klopp offered some advice that will never be heeded.

“This generation of players read social media, which is really not smart, but they do. All of a sudden you get in a rush and these kinds of things. That’s the best way obviously to stop all these discussions.”

Unfortunately for Klopp, social media is a perk. Players don’t delete Twitter because how else are they going to keep up correspondence with their adoring fans. None of these 20-somethings who can use Instagram like it’s Tinder is going to pick up a hobby.

I’m sure the same critics who were posting their displeasure about Núñez’s first two matches will remain steadfast in their takes. At least until Sadio Mané personally sends each one of them a letter of recommendation notarized by Mohamed Salah — or the Senegalese’s replacement puts so many balls in the back of the net that dumping on him would destroy their limited soccer credibility.

And that’s what this is really about. Reds fans lost one of their guys, and they want to be…