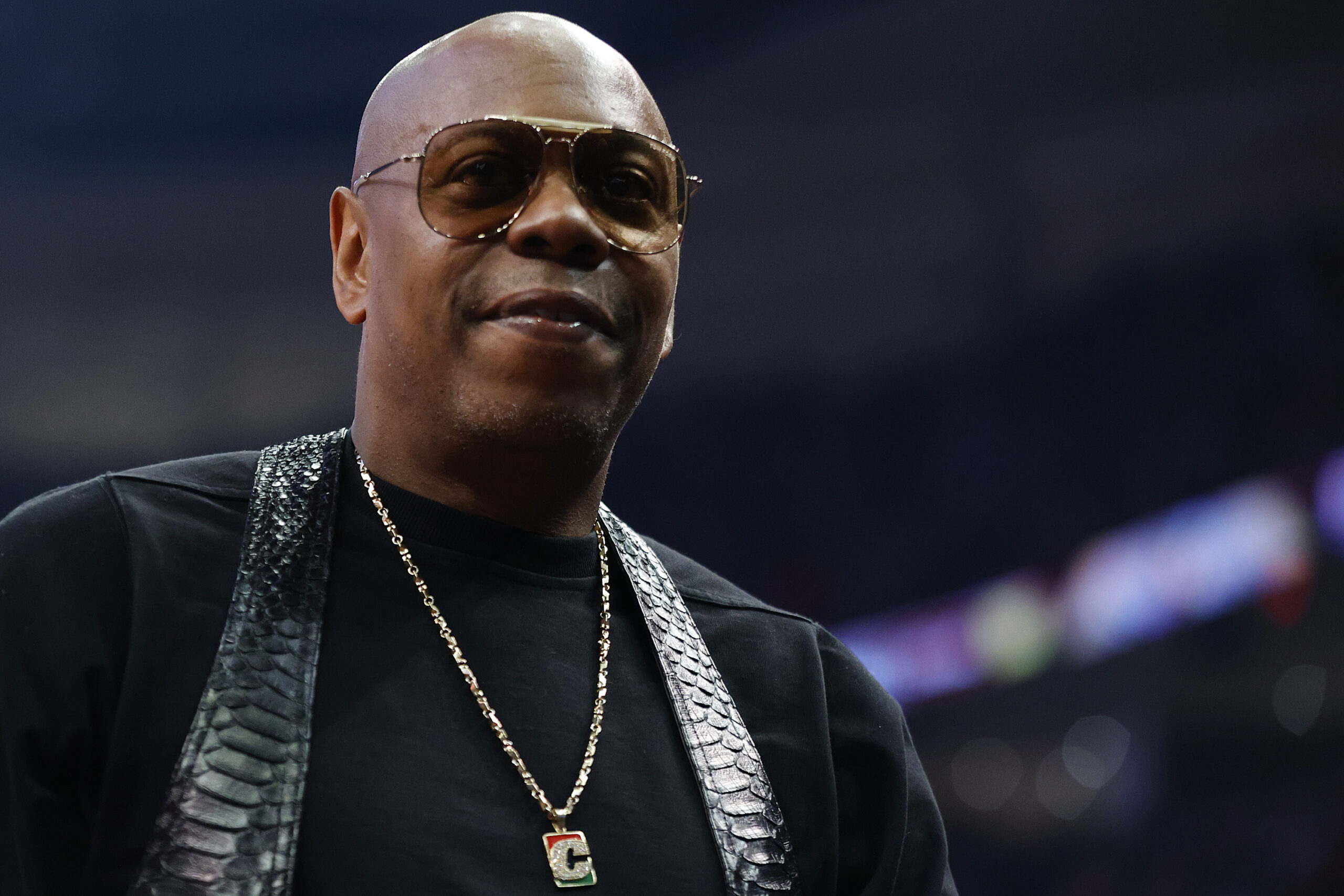 Comedian Dave Chapelle is back in the headlines with another comedy show.

But unlike recent times where he has been the subject of controversy and an onstage attack, Chapelle has the spotlight because of an act of generosity. In the wake of a grocery store shooting that left 10 people dead and three others injured in Buffalo, New York, Chappelle booked a show at a local venue for the sole purpose of honoring those involved in the tragedy.

CLEVELAND, OHIO – FEBRUARY 20: Dave Chappelle looks on during the 2022 NBA All-Star Game at Rocket Mortgage Fieldhouse on February 20, 2022 in Cleveland, Ohio. NOTE TO USER: User expressly acknowledges and agrees that, by downloading and or using this photograph, User is consenting to the terms and conditions of the Getty Images License Agreement. (Photo by Tim Nwachukwu/Getty Images)

“He said, and I’m paraphrasing, ‘I came here to Buffalo to recognize the victims and for these families,” Kevin Sweeney, Shea’s Performing Arts Center director of marketing, told Deadline.

The June 6 show, which was booked just four days earlier, quickly sold out. The venue boasts a capacity of 3,000 patrons. While onstage, Chappelle announced that the show’s proceeds would be donated to the families of the victims, some of whom the comedian said were in attendance.

The May 15 act of domestic terrorism was executed by white gunman Payton S. Gendron. The 18-year-old is said to have laid out his intentions in a digital manifesto rooted in white supremacist ideals.

In the weeks following the incident, multiple mass shootings cropped up, making it nearly impossible to continue amplifying the Buffalo shooting in the media. Chappelle’s comedy show, however, was a welcome reminder for many that the Buffalo shooting, which targeted Black people, was not to be forgotten.

“Dave been a real one! All we got is us,” wrote one person on social.

“Here for the Good Deeds. Cause if we don’t support out Black Communities no one else will [100 emoji].”

“That’s why he’s so blessed through the mess. Money ain’t never been before the people,”…