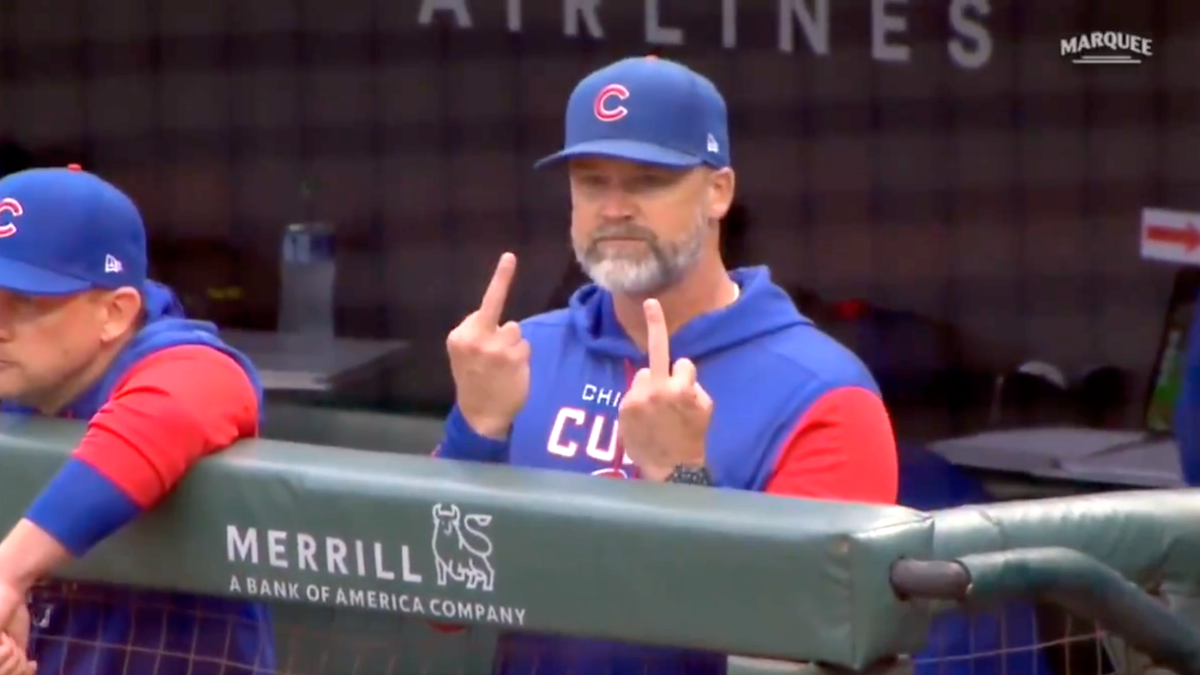 When the Chicago Cubs hired David Ross as manager, there were only two possible outcomes to his tenure. The first scenario is a return to glory and another ring, which isn’t going to happen this year or next year, or really anytime soon considering the front office has been hocking parts to the rest of the league since that fateful season.

The second, increasingly more likely result is Ross gets unceremoniously shown the door once ownership has to feign interest in winning to appease the fans. The reason why it’s pretty much always a bad idea to hire a former player as a manager or coach is it risks sullying that person’s playing career, as was the case Friday for Ross.

I’m not personally offended by anyone giving Joc Pederson — the player he was rumored to have been gesturing to — the double bird, I assume that’s probably how his family greets him, too. It’s just not a great look for the leader of your clubhouse to have to apologize for being caught on camera like a 12-year-old.

“It’s kind of my hello to a friend of mine on the other side and just got caught on camera,” Ross said after the game. “I should definitely know better. I don’t want any kids out there giving the birds to anybody. It’s not the way I want to represent this organization or myself or my family. I’m sorry I got caught on TV.”

It’s the last part, the “sorry I got caught” bullshit, that I take issue with. Just say you’re sorry for acting like a frat boy because if you’re only remorseful for getting caught that tells the children you’re so concerned about that it’s OK to act like a jackass as long as cameras don’t catch it.

Wilson Contreras is the last position player left from the ’16 title team, and he’s not going to be in Wrigleyville too much longer. That will leave Kyle Hendricks as the only active player remaining from that championship team. Once he’s gone, the sole reminder will…