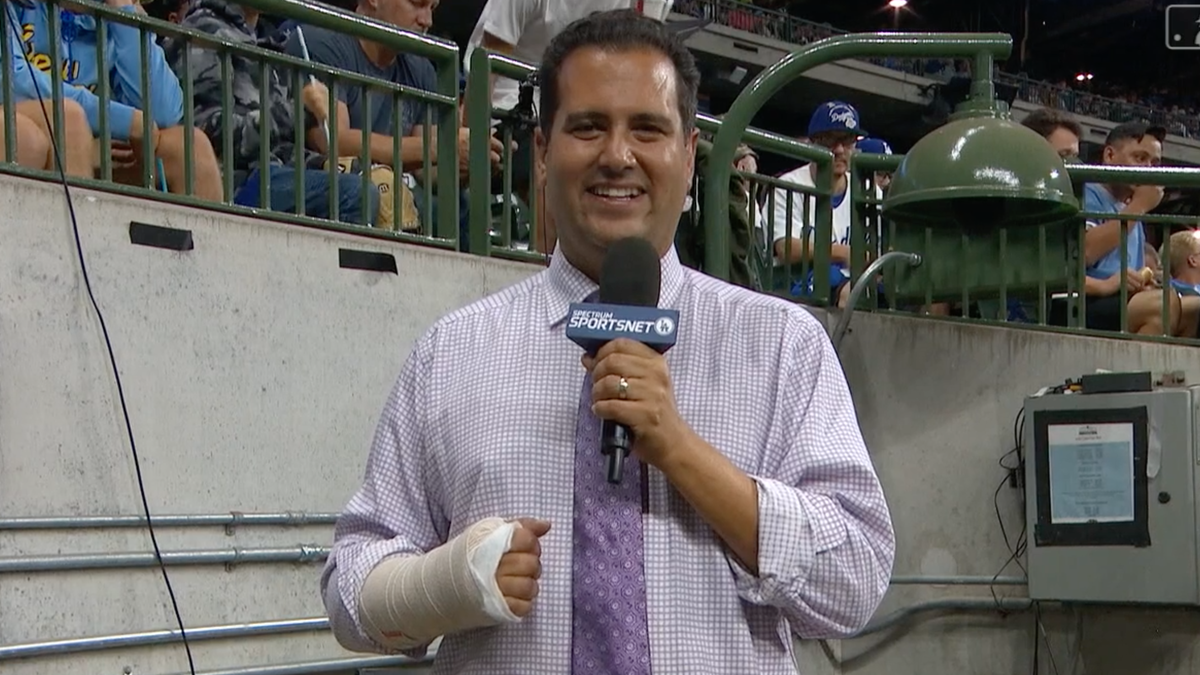 It’s a slide. Kids go down these things all the time. Bad things rarely ever happen, but only because they are kids, right? Surely, nothing bad would happen to big adult man David Vassegh.

On the Dodgers’ trip to Milwaukee, Vassegh, a reporter for the team, was looking to fulfill a dream he’s had for a very long time — go down the home run slide at American Family Field. It’s a pretty standard dream. As a Bay Area native, I’ve always wanted to go down the slide in the Coke bottle at Oracle Park. I’m sure if I ever had the opportunity to go down that slide in American Family Field or jump in the pool just over the right-center fence at Chase Field, I’d do so in a heartbeat.

The thing is, you never expect fulfilling your dreams to land you in the hospital. Vassegh was wide-eyed and ecstatic as he stood atop Bernie Brewer’s Chalet. He had a blanket ready and all to gain maximum speed for his descent. Oh, what a dangerous mistake that would turn out to be, because as Vassegh shot down the slide, screaming in excitement, the speed was too much to bear and Vassegh flew straight into the wall at the bottom, breaking his arm and six ribs in the process.

Dodgers broadcasters Joe Davis and Nomar Garciaparra were in hysterics. There are television episodes without plots as great as the one we saw unfold in the video above.

The real takeaway from all of this though should be Vassegh’s toughness. This man broke bones in multiple places, was laughed at relentlessly, and still managed to finish his job for the game. He didn’t ask for the day off, although he very likely would’ve been given a pass. He was a good sport, and a tough son of a gun who was willing to own up to his embarrassing misfortune and continue talking baseball. Even the players that Vassegh covers were impressed with his resilience. After the Dodgers went on to win the game 2-1, catcher Austin Barnes caught up with Vassegh…