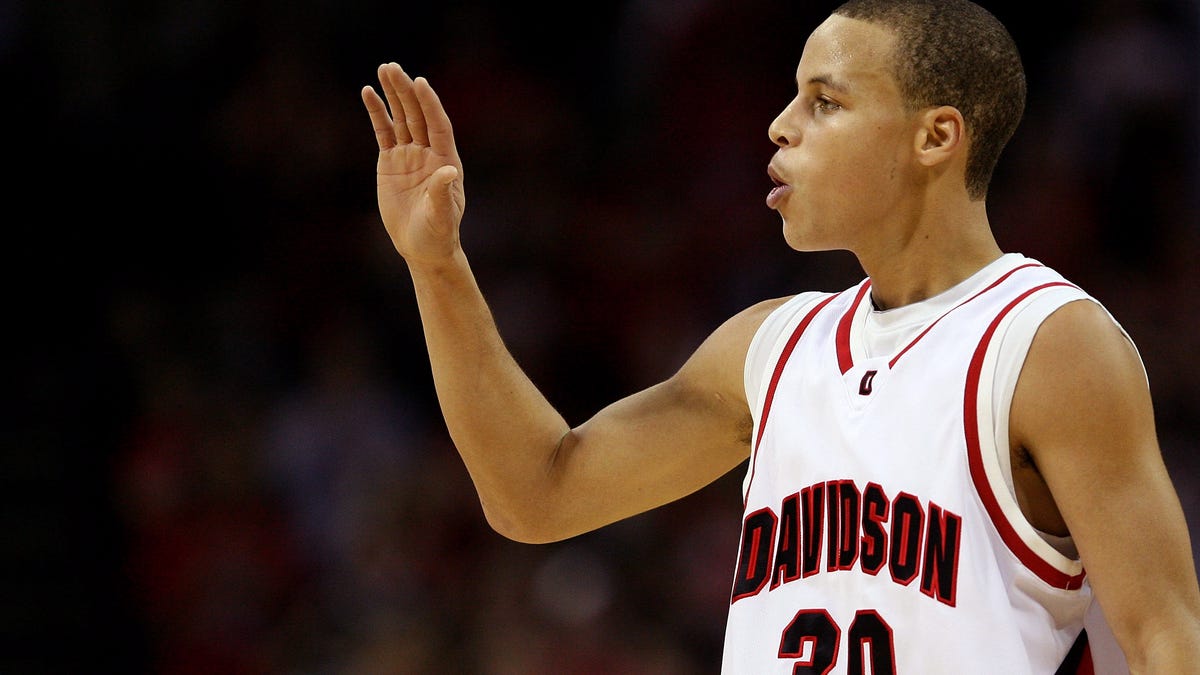 Steph Curry isn’t your average, ordinary, everyday basketball player. What a hot take from me, right? Sizzling! I had to put my keyboard in an ice bath after typing out those words. He’s the greatest shooter of all time. He’s arguably a top-10 player all-time and cemented his legacy with a fourth NBA title and first Finals MVP last week. He’s also the second-best actor in those NBA State Farm commercials. Respect to Chris Paul.

The thing is that Curry was already all of these things three years ago. Sure, his fourth NBA title and first Finals MVP adds to his case for top-10 status, but even prior, Curry was still just outside, if not in, most people’s top-10 lists. He was ranked 16th on ESPN’s 75th anniversary team this year. Bleacher Report ranked him 10th in 2019. Basically, he’s been a considered a legend since long before June 16, 2022. At least, that’s the case for everybody outside of Davidson college, Curry’s alma mater.

Despite being the NBA’s greatest shooter ever, despite being the all-time leader in three-point buckets, despite revolutionizing the game of basketball, despite four titles, despite two MVPs (one of them unanimous), despite leading Davidson to its best NCAA tournament finish since 1969, the North Carolina school had given Steph the cold shoulder since he joined the NBA. Only now is Davidson honoring one of its greatest athletes ever by inducting him into the school’s Hall of Fame.

He’s also getting a mini-graduation ceremony, and they are retiring his jersey, but those make sense given the timeframe of Curry’s graduation (finished his degree in spring 2022), but how in the world is he not a member of the school’s Hall of Fame? How?!

I mean, looking at the people who have been inducted to the school’s Hall of Fame, I guess it makes sense. The most recent student-athlete to be inducted was Brenna Burns Maddox, class of ‘08. Curry left Davidson a year later. By that degree, sure. Was it still too long in my opinion? Absolutely!…