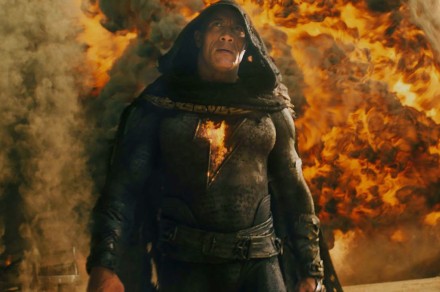 After lying dormant for nearly a year, the DCEU has stormed back into pop culture consciousness. At this year’s San Diego Comic-Con, Warner Bros. took advantage of its prime Hall H real estate and brought out the cast and directors of two of 2022’s most highly anticipated movies of the year.

The first one up is Shazam! Fury of the Gods. A sequel to the 2019 hit, Shazam 2 brings back Zachary Levi as everyone’s favorite teenage superhero not named Miles Morales or Ms. Marvel’s Kamala Khan, Billy Batson. He’s joined by his foster brothers and sisters, who, if you remember, turned into their own versions of Shazam at the end of that film.

This time around, they are fighting the daughters of Atlas, played by respected thespian and Fast & Furious badass Helen Mirren and former Charlie’s Angel Lucy Liu. In addition to the usual lighting blasts and scenes of mass destruction, there appears to be a huge dragon in the mix as well, which is always welcome in a fantasy blockbuster. Fury of the Gods hits theaters on December 21, 2022.

Longtime Shazam nemesis Black Adam is also getting his own movie, with Dwayne “The Rock” Johnson taking on the titular superhero. Or is it supervillain? We’re still not sure, as the marketing department at Warner Bros. is going out of its way to paint the comic book character as something of an enigma. Is he good? Evil? Somewhere in between? Con attendees got a one-minute sneak peek, which was (of course) also released to everyone else in the world.

Alongside the Rock’s anti-hero, the film also showcases the Justice Society of America, a superhero group from the 1940s that is represented by Hawkman, Atom Smasher, Cyclone, and Dr. Fate, played by former James Bond actor Pierce Brosnan. Black Adam smashes his way into theaters on October 21, 2022.