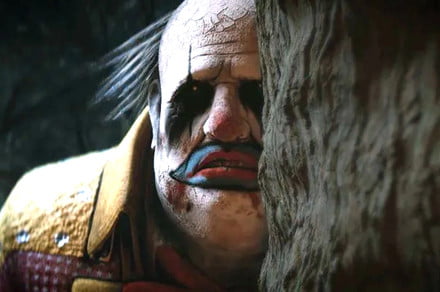 Dead By Daylight celebrates its birthday with a dating sim

Dead by Daylight hosted its sixth-anniversary event and unveiled a ton of new seasonal content coming to the hit multiplayer horror game. The stream brought some surprises, including an anime beach episode-themed dating sim and an in-game crossover with the anime and manga series Attack on Titan.

The game’s surprise dating simulator is being developed by Psyop, the team behind I Love You, Colonel Sanders! A Finger Lickin’ Good Dating Simulator. This cutesy spin-off called Hooked on You, allows players to drop the fear and unleash their thirst by hooking up with reimagined killers of the franchise like The Trapper, The Spirit, The Huntress, and The Wraith.

As for Dead by Daylight proper, the game’s new season is called Roots of Dread and it features a fresh killer. The Dredge is a Lovecraftian monster inspired by The Boogeyman. This creature of your nightmares has the ability to teleport two and from lockers, which are known as one of the only potentially safe spaces in the game, making Dredge a new twist on the Dead by Daylight formula.

A new killer wouldn’t be complete without a new survivor: Haddie Kaur. The character with the ability to see holes in the space between our world and the game’s horror universe. The developers have yet to reveal how those powers tie into her perks.

Along with all this content, crossovers are returning to Dead by Daylight. Not only is Attack on Titan making its series debut with cosmetics, but Resident Evil is returning with a new chapter called “Project W.”  While we got a glimpse at a possible Raccoon City stage, not many details were shared beyond that.