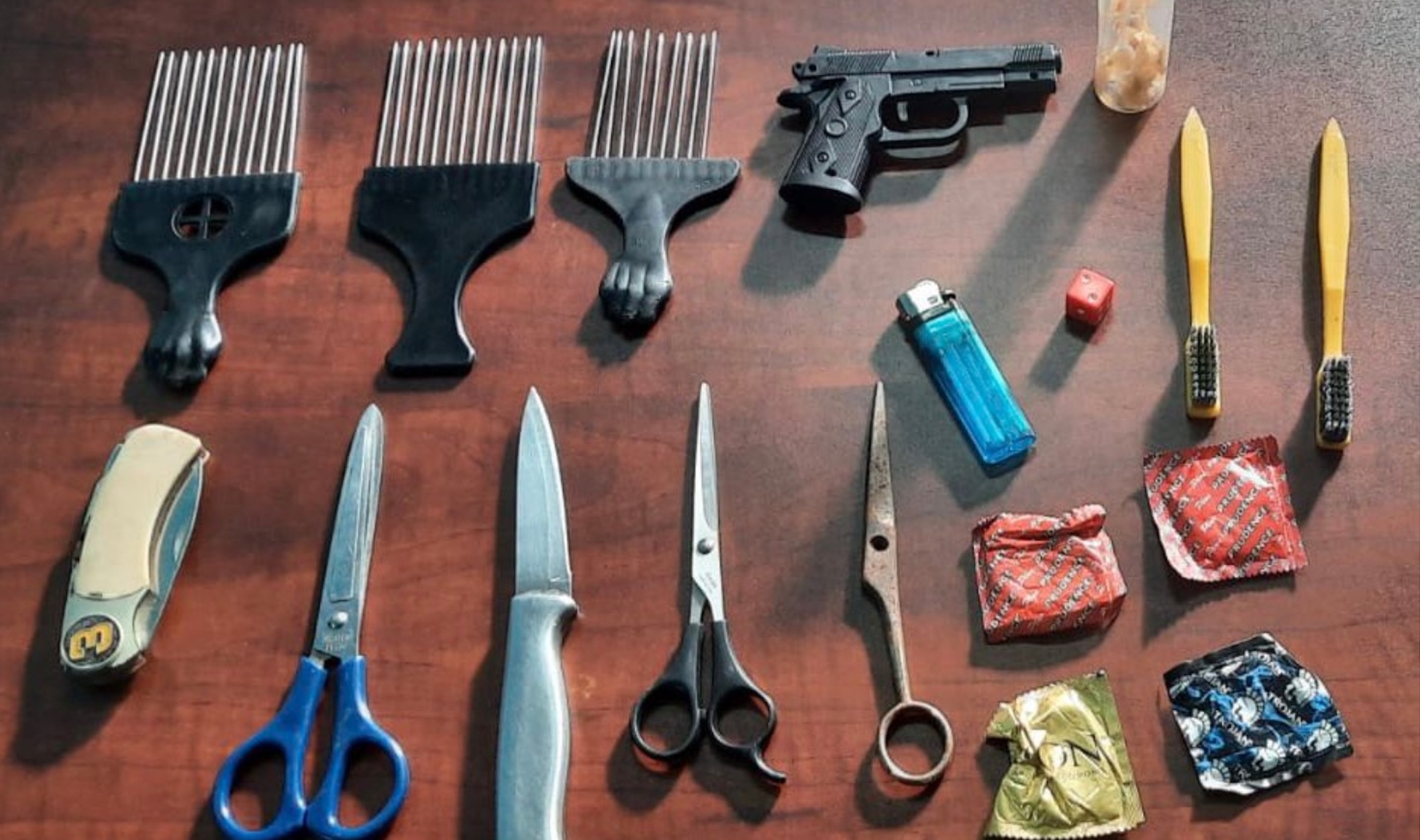 The Jamaica Constabulary Force (JCF) reported that officers from the St. Catherine North Police Division along with members of the Jamaica Defence Force (JDF) seized weapons and illegal items from students at an undisclosed high school.

Based on the report, a search was conducted by Inspector Ishmale Williams and his team, the Territorial Officer for the St. Catherine North Community Safety and Security Branch on Thursday, May 12 which led to this discovery.

Among the items found were scissors, knives, makeshift stabbing tools made out of toothbrushes, a fake gun, condoms etc.

The St. Catherine North Police, supported by members of the @jdfsoldier, carried out a search of a high school on Thursday, May 12 where offensive weapons and other prohibited items were seized from several students. pic.twitter.com/YcJJcTST7c

Previously, Inspector Ishmale and his team have found similar weapons and prohibited items from various searches targeted at students in schools.