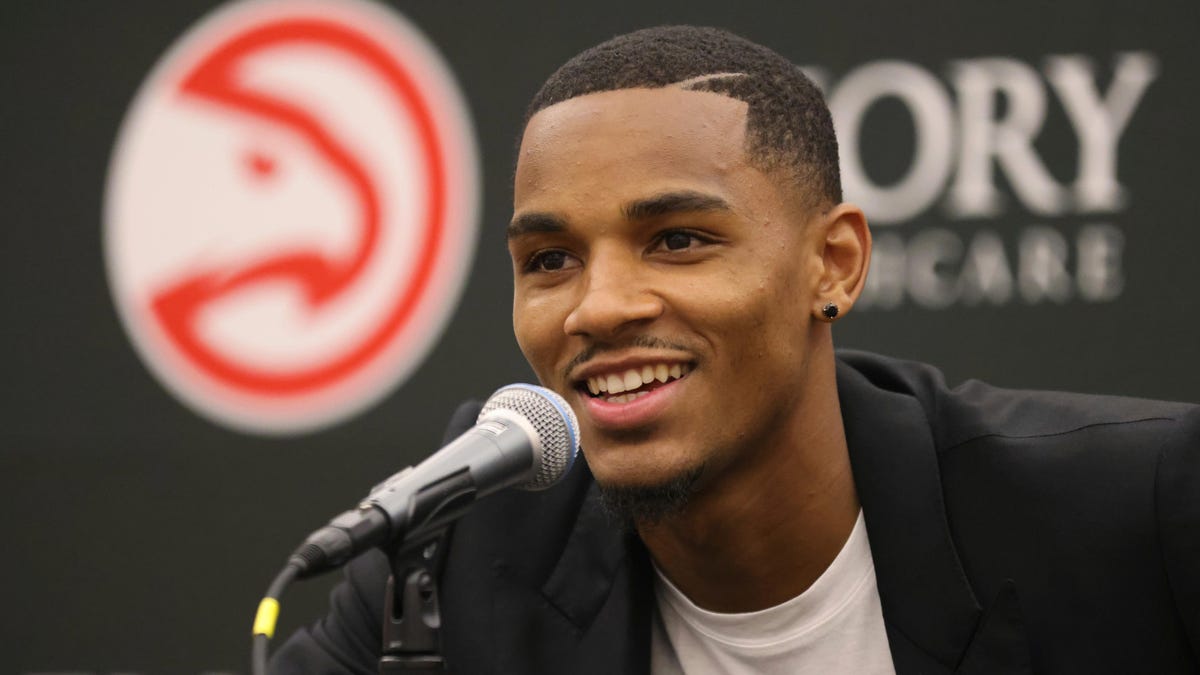 Atlanta’s newest basketball star has been doing a lot over the last couple of days. Dejounte Murray has been on a tear both on and off the court since his matchup in a ProAm game with Orlando Magic rookie and No. 1 overall pick Paolo Banchero. Murray put a nice move and ball fake on Banchero, then threw himself an alley-oop off the backboard, slammed it over the rookie, and got in his face afterward.

Since the incident over the weekend, Murray and Banchero have been going back and forth on social media. It seems Banchero might be over it already, but that hasn’t stopped Murray from continuing his verbal onslaught. Things have seemingly gotten personal as Murray unfollowed Banchero on Instagram.

If it seems like Murray has a chip on his shoulder, that’s because he does. Most NBA fans probably never realized it unless you’ve lived in San Antonio the past few years. Murray has an edge that should pay off for the Hawks as he teams up with Trae Young. As far as why Murray made things so personal with Banchero, he took to Instagram to give everyone, including Paolo, some insight.

“You tried to flex on that #1 pick s–t on me when I been rooting for you when you was a kid asking to rebound for me @paolo5. Don’t get on this internet saying nothing… You changed from the humble kid you always was, and I stand on real s–t boy, and YOU KNOW!!!!!!!! You made it and changed, and I lost all respect!!

“Stay humble. This life you in now is real and ain’t no joke!!! I STILL WANNA SEE YOU WIN cause that’s WHO I AM!!!”

What adds to the drama is both players come from the same Seattle area. Although they’re about five years apart in age, it’s not like they played high school ball against each other or anything like that. Obviously, there was an interaction between the two where Murray, as the OG in this situation, felt disrespected. It could just be a hometown rivalry, but it is interesting how personal this got…