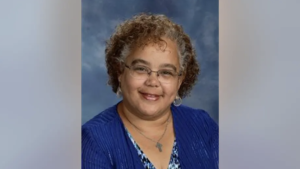 DeKalb County Pastor Killed By A Man She Mentored

A cherished Georgia pastor is found dead from multiple stab wounds and burned by a man she was mentoring, according to police, CBS46 reports.

Dekalb County police discovered a van that belonged to Rev. Marita Harrell at 10:25 p.m. on Wednesday at the 1600 block of Coffee Road; her remains were inside the vehicle, Fox 5 Atlanta reports.

Police authorities used Harrell’s phone records to track her steps, and investigators believe that she was killed at the home located on Panola Road where she was mentoring 27-year-old Christopher Griggs, according to Fox 5 Atlanta.

Homicide detectives determined that Griggs used a large kitchen knife to stab the 57-year-old pastor and then set her on fire. Griggs was taken into custody on May 19 and faces charges of murder and arson in the first degree, WGCL reports.

Harrell served as the senior pastor at Connections at Metropolitan UMC, according to the church’s website.

The Chicago native earned her Master of Divinity Degree from Candler School of Theology at Emory University in 2014 and acquired her license to teach the next year.

Harrell pastored Rivertown UMC from 2016 to 2018, and the church paid tribute to her on its Facebook page Thursday night, posting:

“Unfortunately, and with a truly heavy heart, I have the unpleasant task of relaying some heart-breaking news. I received an email from the district office informing us of the transition of Rev. Marita Harrell. No further details were given.”

“I know the love Rivertown has for her, and the love she has for Rivertown. We are asked to be in prayer especially for her husband and daughter. Please keep the entire family in your prayers. May God’s comforting arms envelop her family, friends, and loved ones.”

She leaves behind her parents, Howard and Margie Roberts,  her husband Antonio, and her two daughters, Marae and Alyse.

No information about her funeral arrangements has been confirmed.