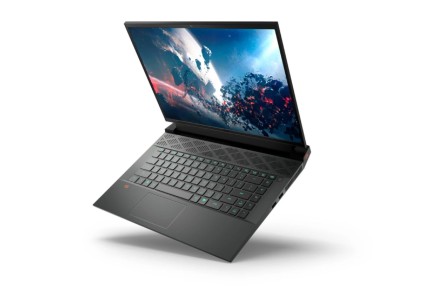 Dell’s G-series gaming laptops are meant to provide a budget-friendly option for gamers, especially when compared to their more expensive Alienware machines. But the new Dell G16-7620 looks to be a beast of a gaming laptop.

This a significant departure from past G-series machines. The previous-generation G15 was decent, but compared to the Alienware lineup, it lacked the best cooling, graphics, refresh rates, and other mainstays of high-end gaming laptops. The G16 appears to be different.

For starters, the Dell G16 features a new Intel Alder Lake 12th-gen 14-core i7 processor (up to 4.7GHz). The previous Dell G15 had a 10th-gen eight-core i7 processor. This is a huge spec bump for the G-series, but even more surprising is that the G16 now has the same processors as the high-end Alienware X-series. It even renders the older 2020 Alienware m17 R5 obsolete, although Dell is still selling that model on its website.

But Dell had to make some sacrifices to its machine to keep its Alienware line on top.

For starters, this new G16 only comes with a 720p webcam. The Alienware models sport an Alienware-proprietary 1080p HD camera, so streamers will want to get the more expensive unit or purchase a higher-end peripheral camera.

When it comes to memory, the G16 base model starts at a measly 8GB of DDR5 RAM. Of course, you can upgrade up to 32GB, which any gamer will want to do. 8GB is too small for a gaming laptop with specs such as these and is clearly an attempt by Dell to force consumers to pay more for upgraded…