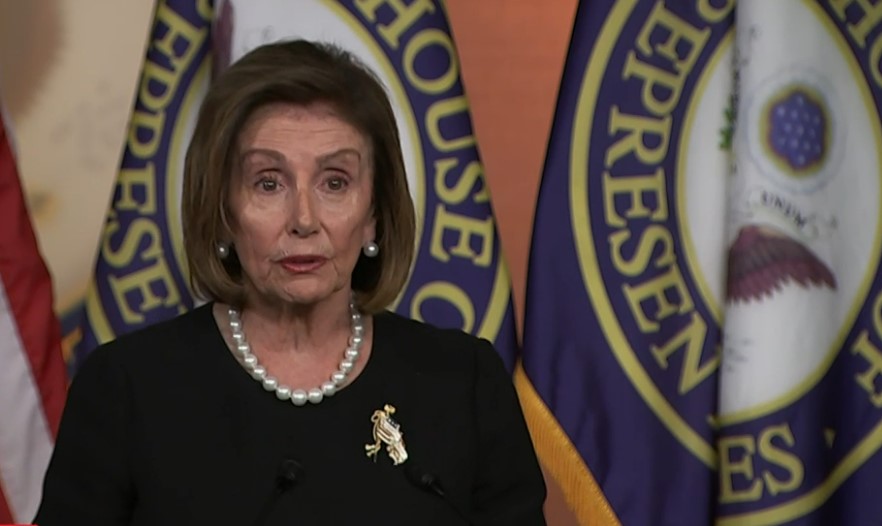 By a narrow vote of 217-213, the House passed a bill reinstating the assault weapons ban.

At her weekly press conference before the vote, Speaker Pelosi spoke about the assault weapons ban:

We had – I’m excited today because, for a long time now, I have wanted to reinstate the assault weapon ban. You weren’t here, maybe you weren’t even born, when we did this in the 90s. It was hard, but it happened. And it saved lives. And I’m looking forward to our having a good – the passage of it this afternoon.

There is majority support for the assault weapons ban among the American people, but the bill does not have 60 votes of support to clear the Republican filibuster in the Senate. The House passage is important because it demonstrates to the American people that Democrats can and will deliver for them, while also setting the stage for this same bill to pass next year if Democrats keep the House and pick up another seat or two in the Senate to kill the filibuster.

The contrast between the two parties is stark. Republicans celebrate denying healthcare to veterans, while Democrats work to save Americans from mass shootings.

Mr. Easley is the managing editor. He is also a White House Press Pool and a Congressional correspondent for PoliticusUSA. Jason has a Bachelor’s Degree in Political Science. His graduate work focused on public policy, with a…