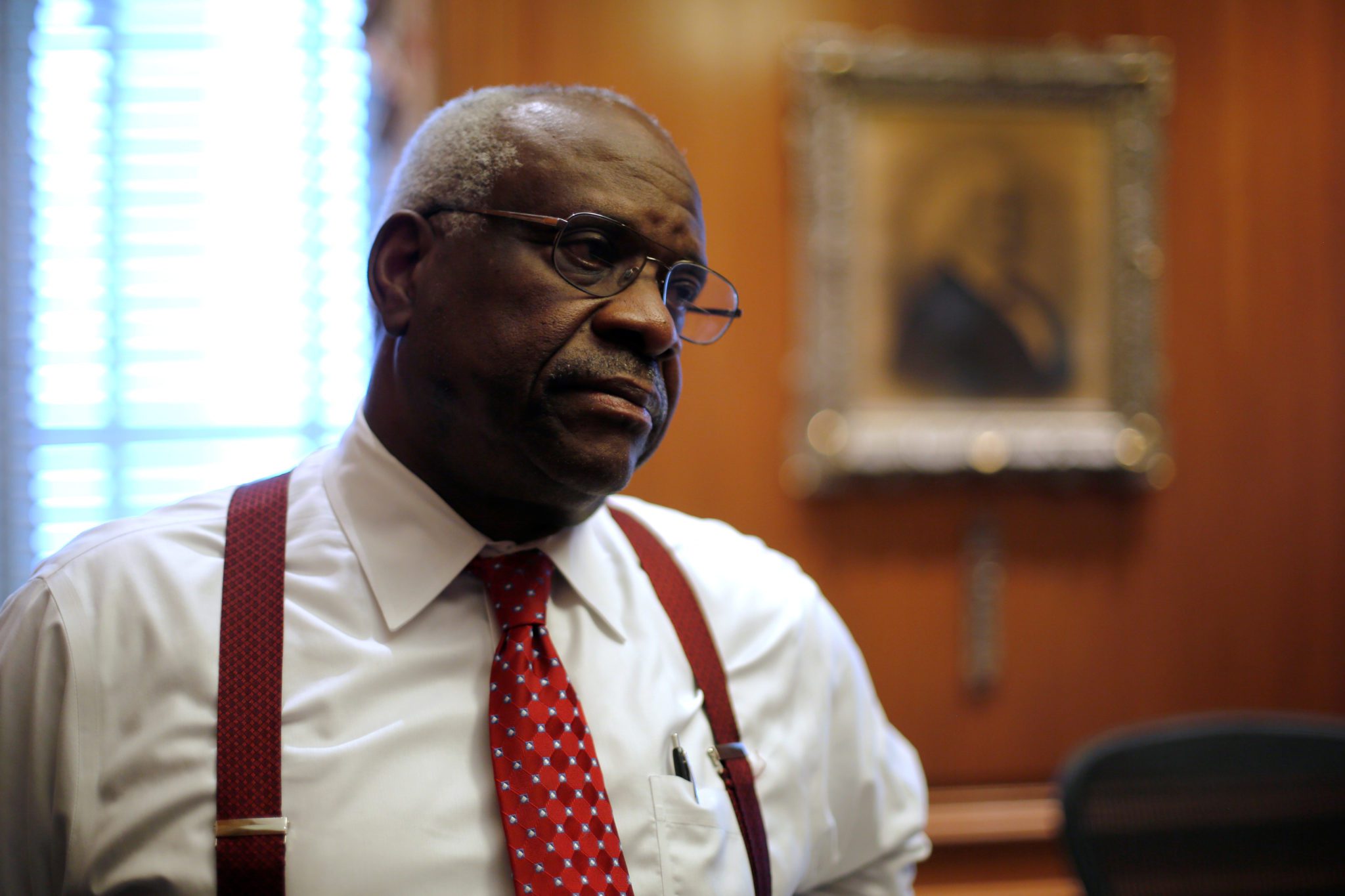 A group of House Democrats has introduced a bill that would limit Supreme Court justices to 18-year terms and kick justices like Clarence Thomas off of the court.

According to Rep. Hank Johnson, the Supreme Court Tenure Establishment and Retirement Modernization (TERM) Act would:

•          Establish terms of 18 years in regular active service for Supreme Court justices, after which justices who retain the office will assume senior status;

•          Require current justices to assume senior status in order of length of service on the Court as regularly appointed justices receive their commissions;

•          Preserve life tenure by ensuring that senior justices retired from regular active service continue to hold the office of Supreme Court justice, including official duties and compensation; and

•          Require the Supreme Court justice who most recently assumed senior status to fill in on the Court if the number of justices in regular active service falls below nine.

The bill would remove Clarence Thomas immediately from hearing cases and would move Chief Justice John Roberts and Justice Samuel Alito to senior status, meaning that they no longer would hear cases, next year.

The proposed legislation is constitutional because it mirrors current retirement requirements for federal judges that the courts have already upheld.

With the breakneck way that Democrats are passing unexpected legislation in the House and Senate, anything is possible, but the bill is likely to die in the 50/50 Senate.

This is definitely legislation to keep an eye on if Democrats keep their majorities and expand their Senate majority to break the filibuster in the 2022 midterm.

At some point, if Democrats are in…