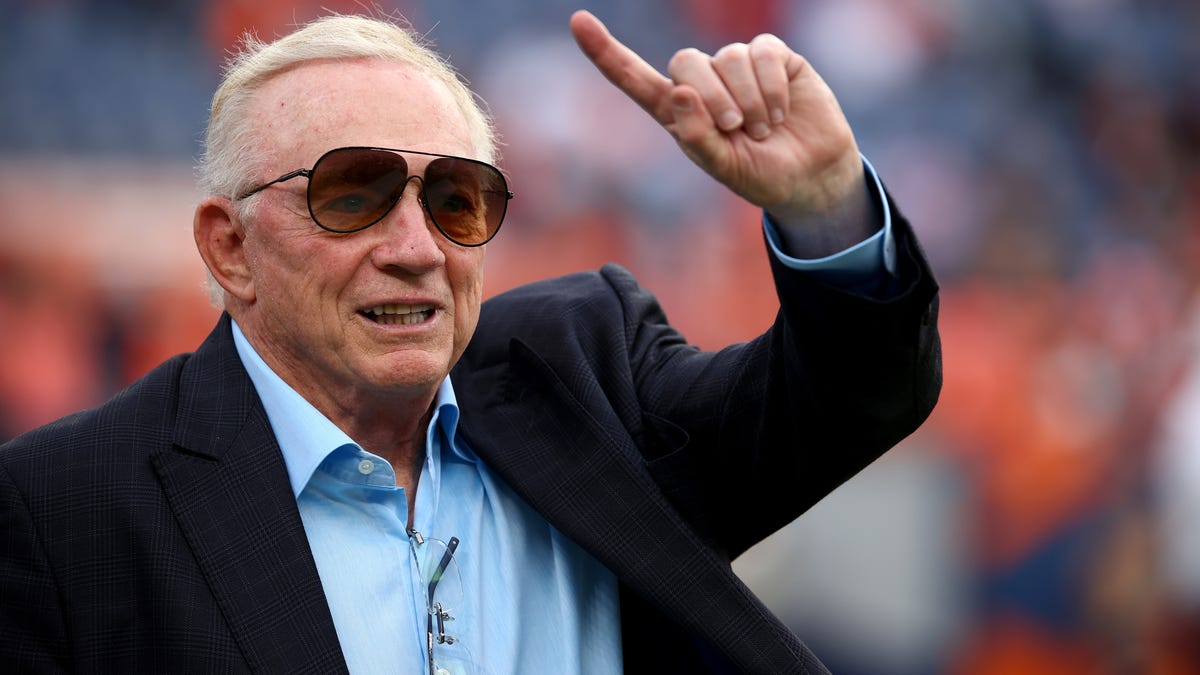 The situation in Dallas has gotten so bad that owner Jerry Jones is on the radio attempting to convince folks that 1+1=3. During one of his frequent appearances on 105.3 The Fan in Dallas, Jones was asked about his optimism heading into the upcoming season. Apparently, Jones has lost all hope in logical reasoning.

“Well, let me just address the first way you stated the question without any issue on it. I have to believe 1 and 1 is 3. I can’t operate where 1 and 1 is 2. We all know it is, physically, but the 3 is where you have to go. Now you have to have optimism to operate out in that world, and commit, and do things when you’ve got to count on 1 and 1 being 3. I’m not trying to play games, but that’s where the biggest payoffs are, is out there. It’s there for everybody to grab if 1 and 1 is 2. So, here you go.”

Optimism is splendid, but it can be confused with delusion sometimes. Jerry has to be optimistic. Jones basically admitted recently that his job is to keep the Cowboys relevant. He wants to keep the world talking about his team, which doesn’t necessarily mean winning all the time.

Skincare specifically for YOU
Teaming with dermatologists and cosmetic chemists for legit active ingredients, Geologie will demystify skincare and match you with a routine that fits your needs and lifestyle.

This isn’t some revelation by Jerry. Most of the world has known it’s not about winning in Dallas for years. They haven’t come close to even appearing in a Super Bowl since the mid-1990s. Jones has built an extraordinary brand and made the Cowboys the most valuable franchise in American professional sports.

Although, he constantly tells us how he’d do anything it takes to win another championship. We haven’t seen things play out that way in…