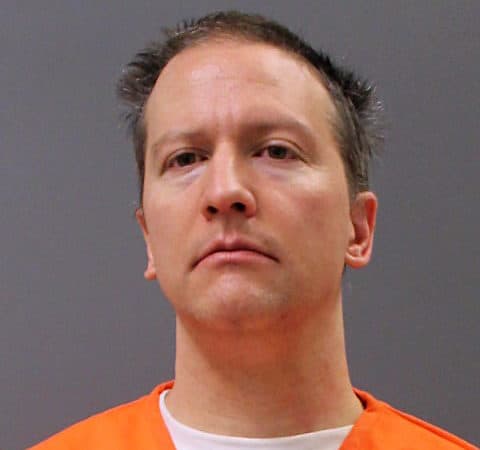 Despite already serving 22 years for the murder of George Floyd, Derek Chauvin was just hit with another hefty prison sentence. Earlier today, a judge sentenced Derek Chauvin to 21 years in prison after he was found guilty of violating George Floyd’s civil rights.

During a recent court appearance, former Minneapolis police officer and convicted murderer Derek Chauvin, was sentenced to 21 years (or 245 months) in prison for violating the civil rights of George Floyd. Of the 245-month sentence, seven months was subtracted for time served. U.S. attorneys have requested that the court run Chauvin’s sentence concurrently with his state sentence in the death of Floyd.

Back in December 2021, Derek Chauvin pled guilty to charges of depriving George Floyd of his civil rights by kneeling on his neck for more than nine minutes—which ultimately led to his untimely death in May 2020. As part of the plea deal, Chauvin faced a sentence between 20 and 25 years instead of life in prison.

As we previously reported, Chauvin, initially sentenced back in June of 2021, is currently serving his 22 years in prison at a Minnesota Correctional Facility. After he serves his time, he will then be under supervised release for five years.

You’ll recall that shortly after he was convicted in the death of George Floyd, Derek Chauvin via his attorneys, filed a formal appeal in the case, which is currently under review.