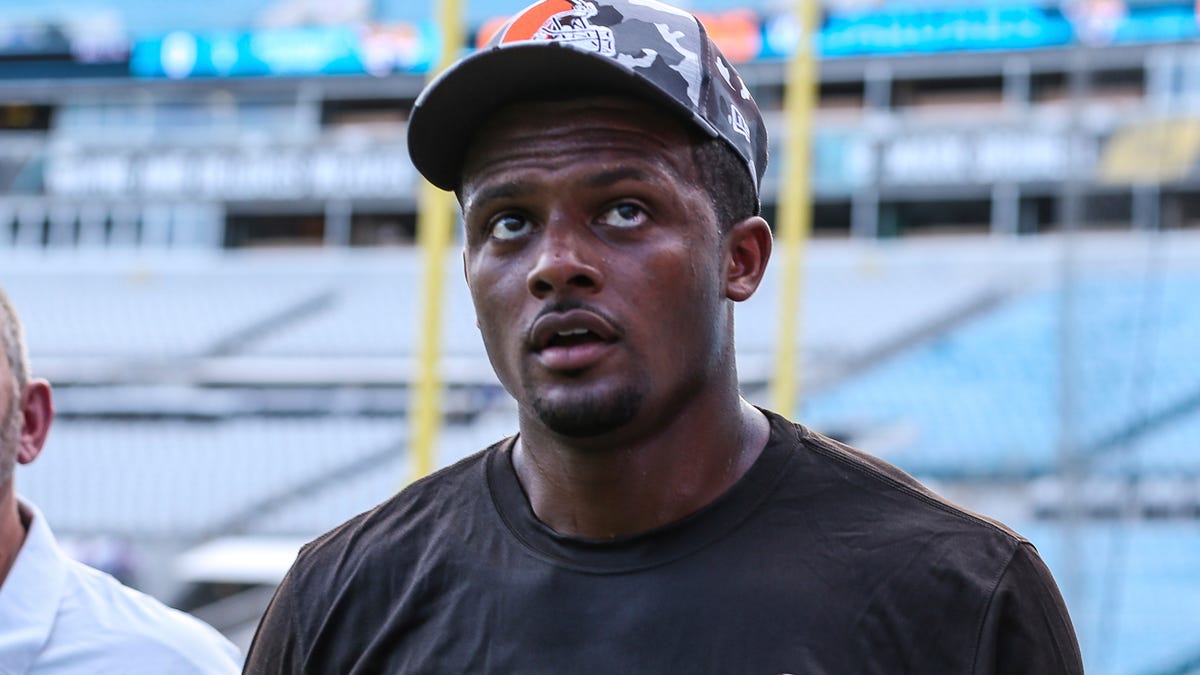 However, it’s all about priorities for the Browns. And the message is clear from team co-owner Jimmy Haslam. Winning football games takes precedence over respecting women.

And? Like that’s your defense? It’s not quite as bad as stating Hitler was a great war strategist, so forget the six million Jews he killed, but it uses the same trope. Haslam said the quiet part out loud. It means more to him to bring a Super Bowl to Cleveland and cement his legacy that way than to give women any kind of respect.

Watson was originally suspended for six games by an independent arbiter, Sue L. Robinson, for alleged sexual misconduct. He’ll be eligible to return from suspension Week 13, against his former team, the Texans, in Houston. Watson has been accused of abusing around 25 women during massage therapy sessions and has settled lawsuits from all but one of them, Ashley Solis, who was the first woman to speak out against Watson and his alleged despicable behavior, which he continues to deny but has apologized for.

Amid the number of accusers growing publicly, Watson was traded from Houston to Cleveland with a fully guaranteed $230 million contract. He was set to lose only a smidge of $1 million base salary for 2022, approximately $350,000, or just more than 1 1/000 of the deal. The increased fine is now 2.17 percent of his contract through 2026, when he’ll make $46 million per year starting in 2023.