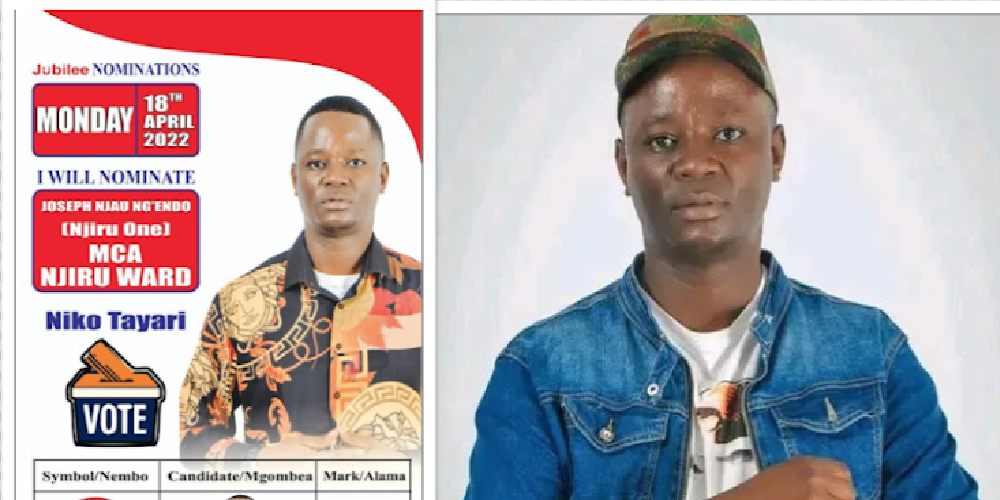 Details Of The Politician Killed Alongside Frank Obegi

A fifth body was yesterday picked from Ngubi Forest in Lari amid investigations into the murders of people being dumped in the area.

Police and family identified the body as Joseph Njau Ng’endo, who was running for Njiru MCA seat in Kasarani, Nairobi.

His body was taken to City Mortuary.

Other bodies that had earlier been discovered were those of Fred Obare, Frank Obegi, Moses Nyachae and Elijah Omeka.

Police said they had been accused of being behind a cryptocurrency fraud mostly targeting victims outside the country.

It is believed they disappeared after fleecing their latest victim of Sh1 million in bitcoin. Bitcoin is a digital currency that operates free of any central control or oversight of banks, and tech-savvy criminals have taken advantage of this to hack into people’s bank accounts, buy bitcoins, and leave little or no trail.

Police say he was on their watchlist over claims of drug trafficking. He was ironically known to be an anti-narcotics crusader. He was arrested in 2019 while in possession of five kilos of heroin.

Njau was arrested in Westlands, Nairobi, after falling into a police dragnet shortly after returning from a trip to Kampala, Uganda. He is suspected of having gone to Kampala to procure the drugs which he had concealed inside pawpaws.

Police, who say Njau is part of a larger heroin distribution network in Nairobi, believe he procured the narcotics from a Nigerian based in Kampala.

“Police records indicate that Njau is a frequent traveller to Uganda. He has a pattern of leaving Kenya through the Busia border and coming back to Kenya through the Malaba border. He does this to evade detection,” a police report said then.

“In early February 2019, Njau made two trips to Uganda where he is suspected to have hammered a deal with his Nigerian drug associates.” Njau, the authorities say, masks his drug dealing activities in legitimate business and charity work.

“When not dealing drugs, Njau works part-time as an…