BREAKING NEWS
GMT-4 09:28
Home Politics Devin Nunes Might Be Having A Breakdown As He Blames Obama And Benghazi For Trump Raid 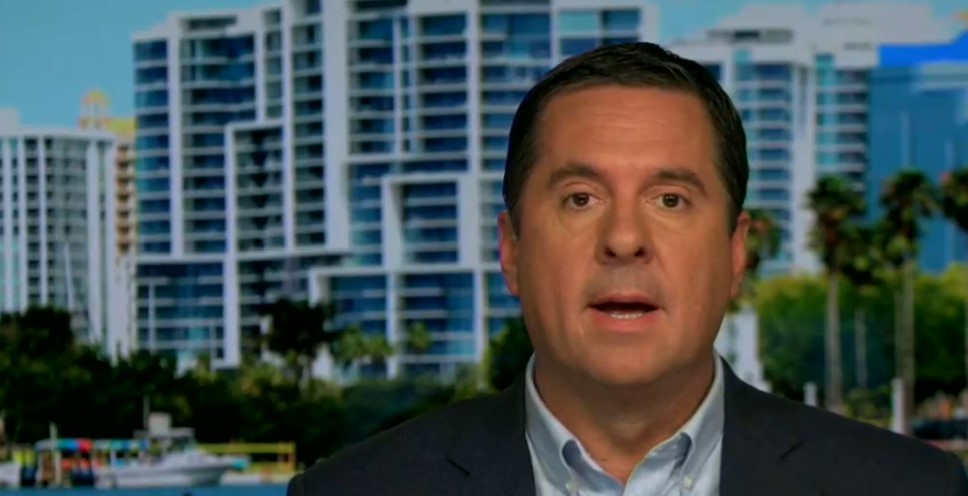 Devin Nunes tried to tie Obama and Benghazi to the FBI search and recovery of classified documents from Donald Trump.

I thinkable goes back pre-Russia-gate hoax. I think this goes back to the IRS scandal where they targeted conservatives. I think it goes back to fast and furious during the Obama administration, where they ran guns and tried to set people up, remember? Innocent Americans ended up getting killed. It goes back to Benghazi, they got away with that.

And it was late 2015 or ’16 that we get to the plan where the Clinton campaign worked with dirty cops at DOJ and FBI and  I must say the media, I must say, where they set up to spy on the Trump campaign and, ultimately, Republicans and frame an innocent man that then led to what? So that was the Russia hoax that then led to the Mueller witch hunt. So all of this stuff is intertwined.

Every single conspiracy that Devin Nunes mentioned is not true, and the fact that he wouldn’t address the documents or why Trump was the only ex-president to be in possession of classified materials is telling.

Nunes sounded so unhinged that it is fair to worry about his mental state. Devin Nunes left the House to take a job as the fall guy for Trump’s Truth Social con, so he should be worried.

The problem that Trump is having is that Republicans haven’t come rushing to his defense as he expected, which is why Nunes, Republicans in Congress, and Fox News have been pounding the message that the FBI is out to get conservatives. They need to make the threat personal because they aren’t getting the response they thought from making Trump the martyr.

The messaging isn’t working. Trump’s defense is failing, and the stress seems to be getting to Devin Nunes.

Mr. Easley is the managing editor. He is also a White…