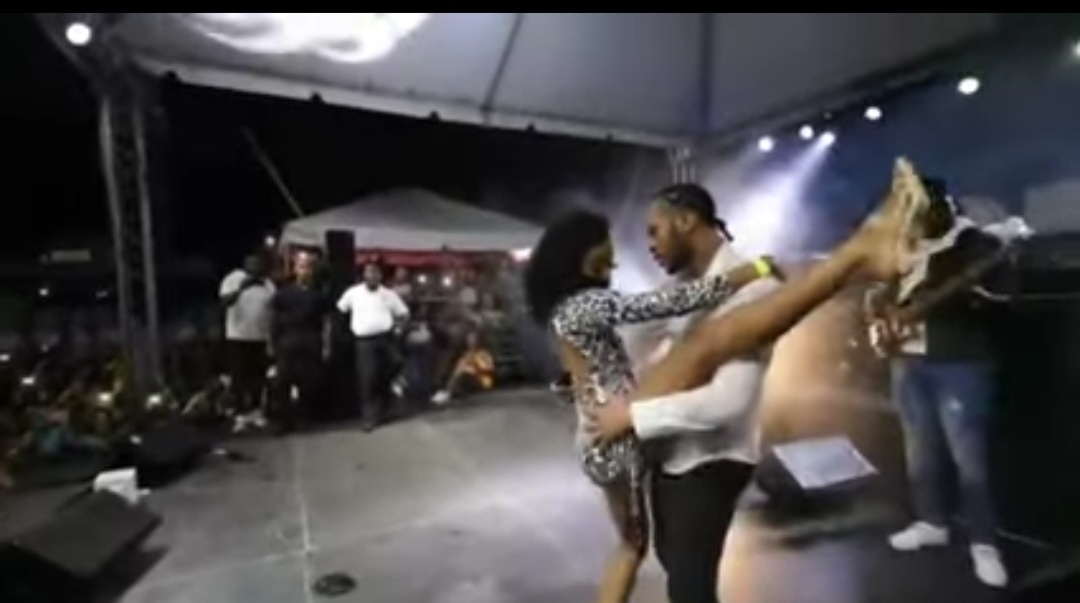 Dexta Daps recently touched down in Nassau, Bahamas for his  “Vent x Owna Experience” tour and in one of his highly seductive dance performances with a ‘female’ fan onstage, he became the center of controversy after it was alleged that the person was a transgender male.

However, soon after the video went viral, a female named Kakes Albury came forward to state that she was the woman whom the entertainer danced with and to dismiss the rumours that heavily flooded social media about her being a transgender.

“I just want to say please stop spreading the FALSE rumors of me being a Trans/man w.e, please stop ruining Dexta Daps Name. He is my favourite and only artist at heart (don’t get me wrong love it all) but I have my reasons for his music and other dancehall music. I am Dancehall Queen, I can do it all day,” she wrote.

Dexta Daps then reposted on his Instagram page the video of him and Kakes dancing and also included a screenshot of the message she wrote dispelling the rumours. He went on to write a caption of his own, defending her while also mentioning that she has children, therefore, persons in the media should desist from making damning remarks about the young lady.

Unphased by the hateful comments, Kakes Albury thanked the media for the publicity and announced that she will also be supporting Dexta Daps at his next concert on August 20, 2022, in Brooklyn, New York for the “Vent x Owna Experience” tour.

“Because of you haters, my dream came through. I meet the Daps and actually got to touch him. Don’t forget August 20th, Brooklyn, NY, see you there #DextaNKakes,” Kakes wrote on her FB page.

Watch the viral dance below.